David over at Florida Survival Garden wrote a post about wierd and wild tropical fruit in South Florida and it reminded me I hadn't checked my Coco Plum bush tree for a few months. 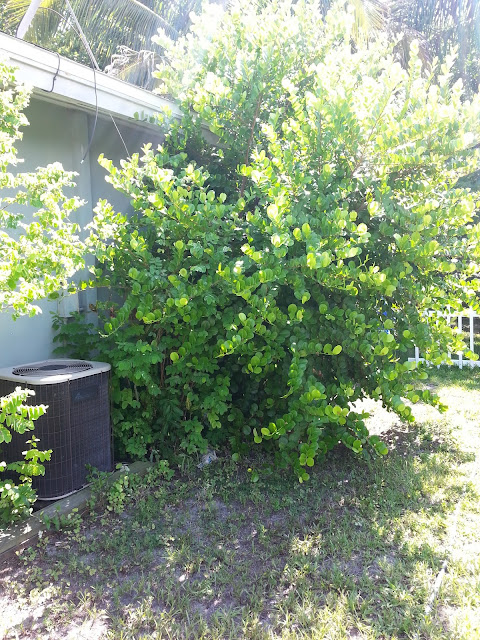 It's a bit out of control, eh?  There's some Dward Snowbush mixed in on either side of the AC unit, but that crazy Coco plum is over the roof, again!

And see that grass?  That's what grass in Florida should look like, just barely hanging on, weedy, clearly never watered...or not.  But that's what our grass looks like cause it's a useless water eater.  So we let the rains water it, or it DIES!  So there.

But I digress...I chopped this Coco plum back quite a bit last fall since the AC guy couldn't get to the AC.  It was twice as large last year, if you can believe it.

Here's what the fruit looks like, ripe when purple: 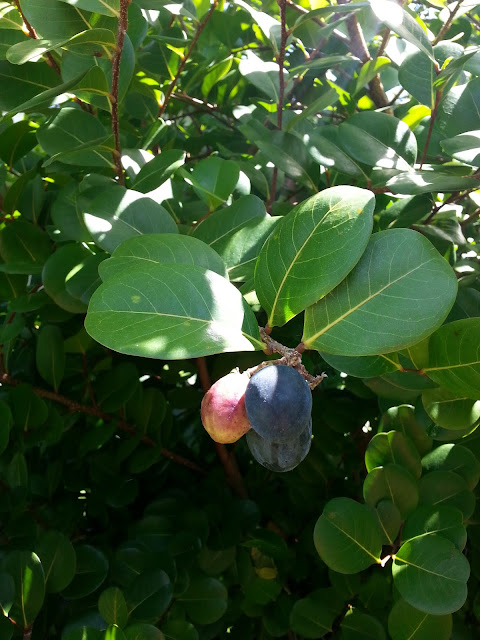 They're edible, but don't have any flavor.  A white flesh with a seed in the center. 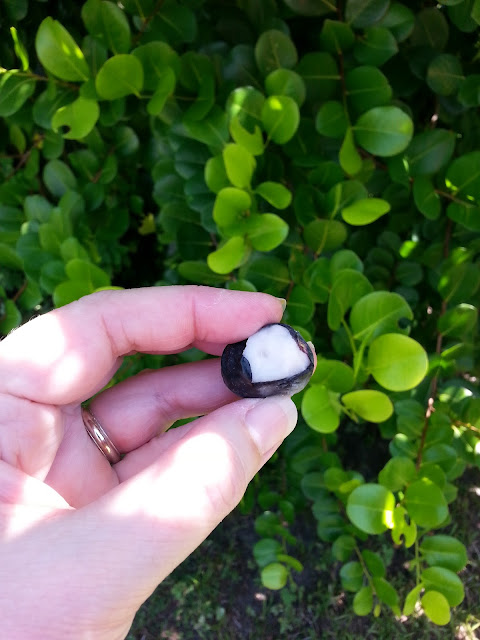 I suspect there's only a handful of people in Florida who are aware these fruits are edible! They are in abundance, that's for sure.  Sort of like Chia for Aztecs.  Coco Plums for Calusa Indians!

I found a recipe for Coco plum jam the first year we discovered the fruits.  It was a vague recipe - the instructions said to add a quantity of washed fruits to a pot, add water covering the fruits a few inches over the top, add 1 lb. brown sugar and boil all afternoon.  Which is what I did.  It was perfectly edible, but not much flavor other than "sweet".  If I were to do it again, I'd probably had a cinnamon stick.

David also has done some blog posts on the Air Yam.  I've got Air Yam up the wazoo trees out back behind the fence.  I've also felt it was such a shame we couldn't eat them...or could we?  Check this out! 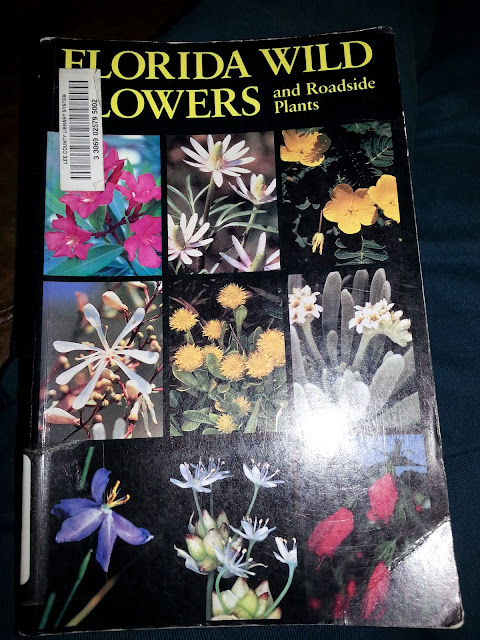 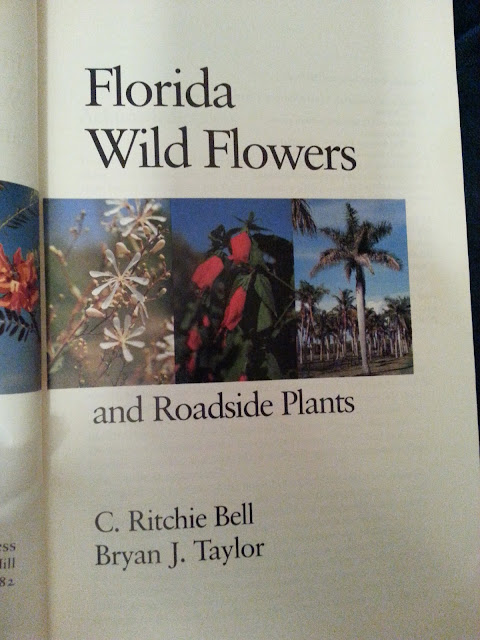 Very intriguing.  But I've yet to see any account of people actually eating the air potatoes, so until I do, I'll save them for desperate times!