It has been hot hot hot here in Southwest Florida.  So much so that I haven't been poking around the back yard much at all.  I needed to hunt down some cilantro (which has died out unfortunately) and had my phone with me so I took a few (bad) photos.

The hubby vacuumed up all the tropical almond leaves from the front yard. Beautiful mulch! 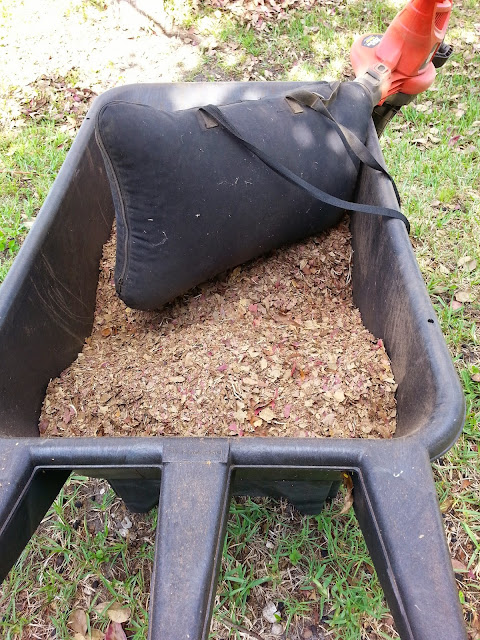 My Gaillardia patch is still growing strong - I haven't thinned them out yet: 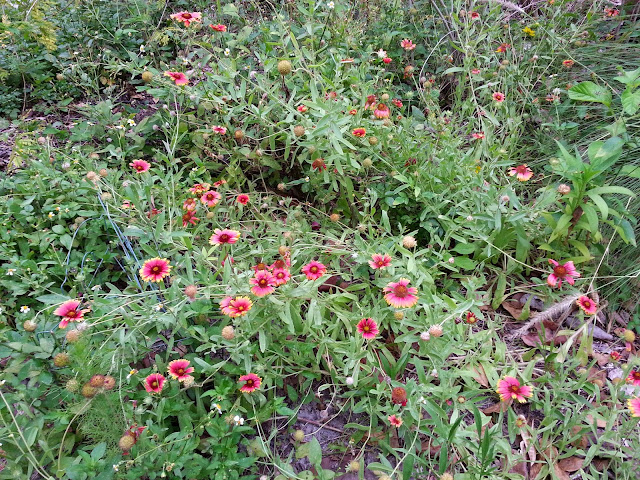 These lovely flowers which originated from a seed bomb gift I received from David the Good last year are happily spreading themselves around the yard. 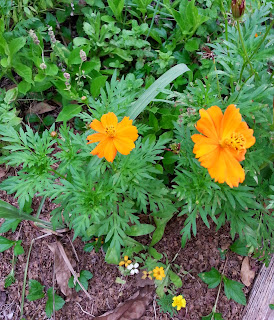 I still don't know exactly what they are.  Some kind of coreopsis.  They're lovely, whatever they are. 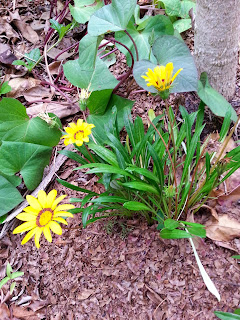 They're perennials so I'll be able to spread those about the yard as well.

I have a list of flowers that will survive the summers here, and this is one that was on the list so I was excited to find them at Lowe's.  I'll be on the lookout for more!

This is interesting.  The two leek roots I planted simply to see what would happen, have bolted! 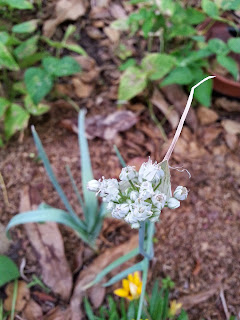 I'll just let them be and see if baby leeks sprout up.  Although I can't imagine the summer heat will allow them to grow, but we shall see.

The longevity spinach and lemon grass stalks are growing like crazy too: 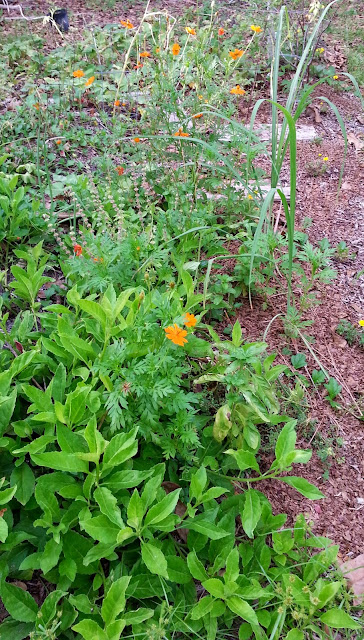 I have 7 plants, this one being the oldest and looking great! 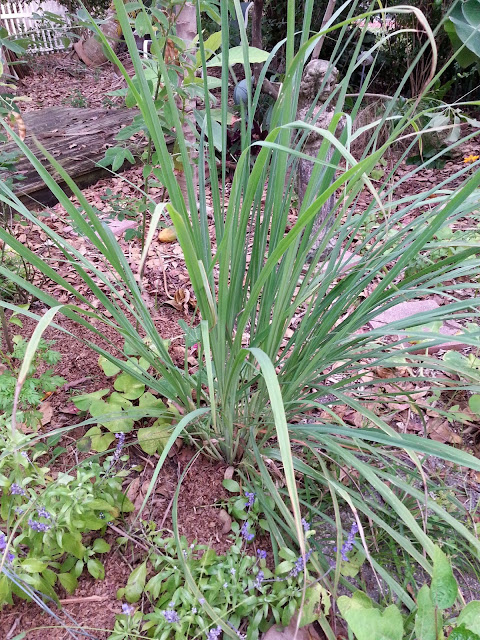 I bought three more stalks at the Asian market last weekend.  They're wonderful plants and I've been experimenting with lemongrass (and ginger) in beverages.

I planted a bunch of longevity spinach tips in this bucket and it's grown so much you can't see the bucket anymore.  That's cassava in there with it. 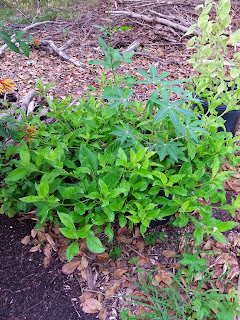 Sooo much needs to be done - which I failed to do over the cooler months. There was just too much going on.  So the garden has taken a back seat.  It's interesting to see what's surviving and what's given up now that the heat and humidity are here to stay.