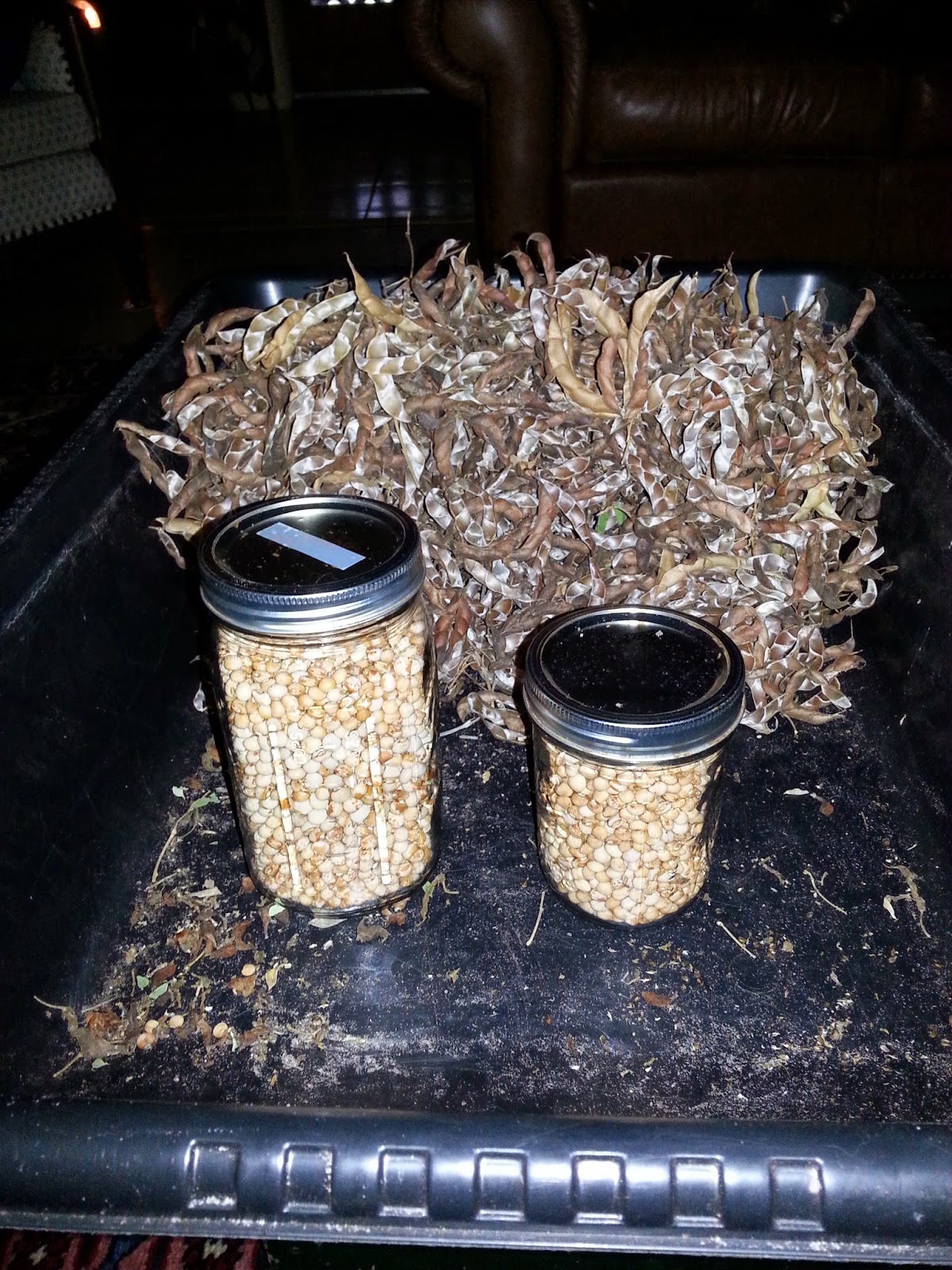 That was a lot of peas to shellI  I ended up with a little more than a pint from this last harvest.  A total of 1-1/2 quarts for the season.  Considering I only have 4 bushes - one large bush on its 3rd year, one medium sized bush on its 2nd year and two very small first year bushes - I'm very impressed with the amount of pigeon peas I've gotten this year!

I have been striving to find a dry bean that we enjoy eating which I can grow in quantity, with little fuss.  I have definitely found the perfect pea!  I just need a few more bushes and I'm going to be a happy camper!

Here are a few observations from this experiment:

It would take a helluva lot of southern pea plants to get enough dry peas to fill a quart jar!  That would also require a lot of land space.

I much prefer the pigeon peas in their green state, but they're much more difficult to shell.  They have a stickiness to them.  I picked maybe a dozen greenies this season for a quick taste while perusing the yard but pretty much left them to dry on the bushes.

There is a difference between the pods on my (original) large bush and the other three bushes. 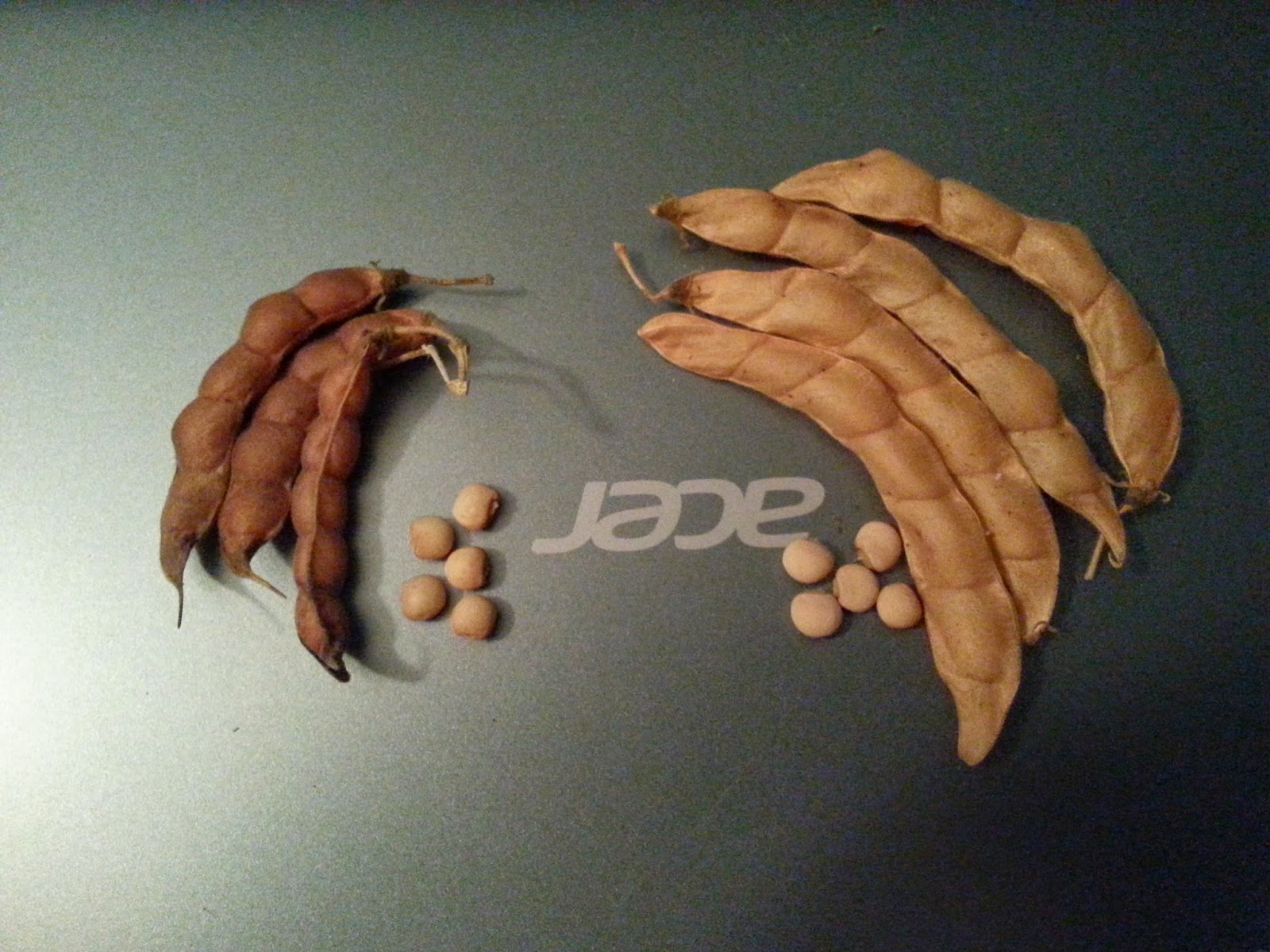 The pods on the left are from the original bush.  They're smaller, and much easier to shuck when dry.  They pop right out, no need to slide my fingers up and down the pods after opening them up to get any stragglers.

The pods on the right, although larger and a different color, yield the same amount of peas, although slightly larger. These larger pods don't pop right out after you open them up.  They're a bit more work.

The original bush gets lots of water.  Unfortunately it has a tendency to get mold on the pods.  The pods from the other bushes don't get moldy.  The two new bushes out back were fine, and they too got watered as much as the original bush.  So the coloring might have something to do with it - maybe the darker ones don't dry off quickly enough and get moldy in places.

I saved four of the light colored pods to try a little experiment.  I'll plant some a few feet over from the original bush to see if they end up having the same mold problem.

Now that the tally is in, guess what's for dinner?  Pigeon Peas and Rice!  Yay!
Posted by Sheila O at 8:55 AM