I harvested my second round of pigeon peas!  I filled a large collander last weekend and made sure they were good and dry before shelling.

My first harvest didn't quite fill the 1/2 pint jar.   My second round will probably manage to fill a 1/2 pint jar but I'll leave them in this bowl and move them around each day for a week to make sure they're dry before putting them in a jar. 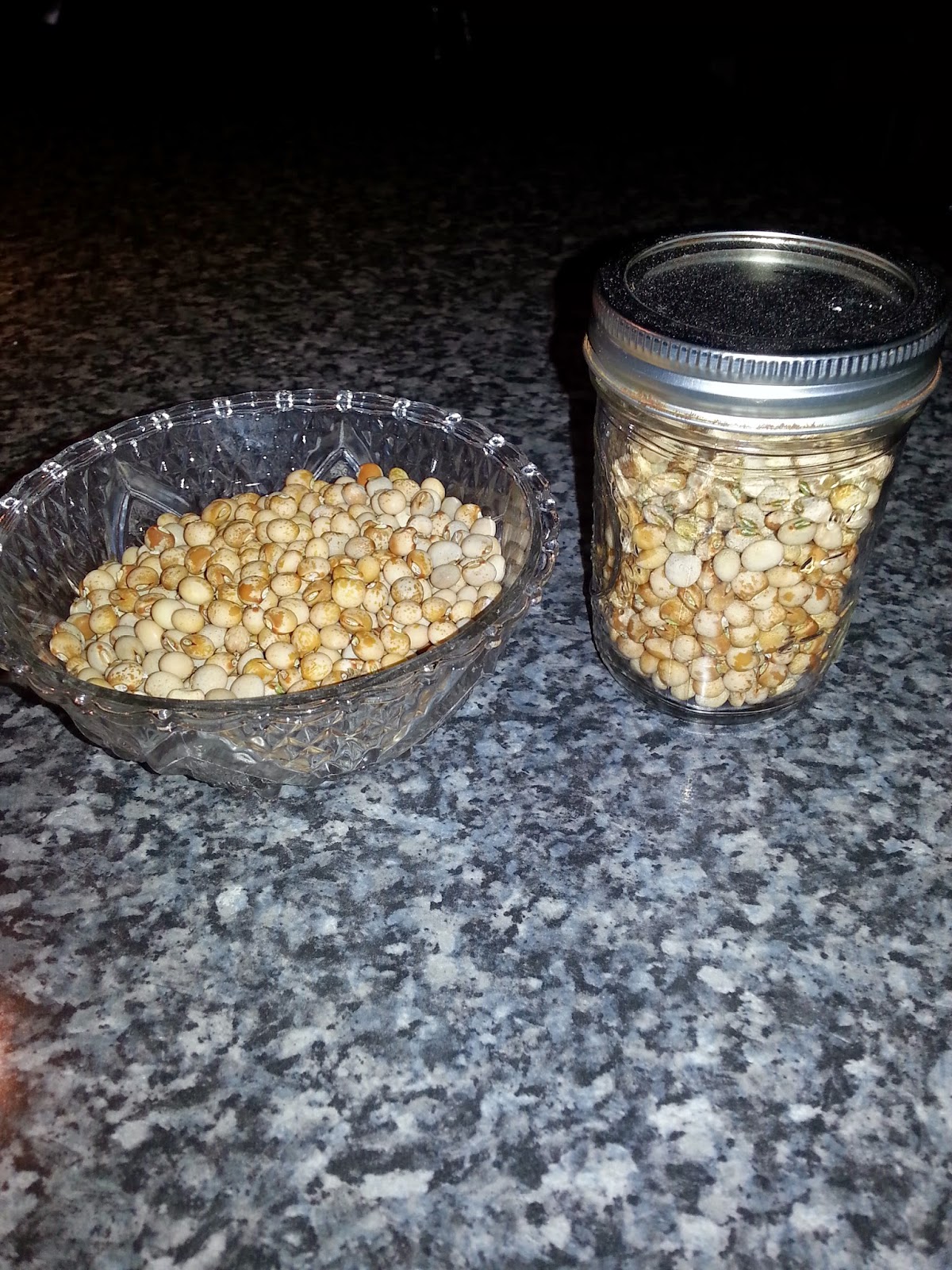 The two newest bushes aren't really "bushes" yet, but they're established and did have about a dozen pods each.  So the majority of the peas came from my two older bushes.

I'm guessing with what's left drying on the two older bushes I should be able to fill another 1/2 pint.  And there are still scads of flowers on the bushes!  So more to come still.

I've run around the yard planting more seeds.  I want at least 6 to 8 more plants.   Particularly because the two older bushes might not live another season.

It will be interesting to see how long they will live - supposedly up to 5 years! Amazing.