I was out along the back fence today looking for a largish creature that had just skittered away.  I'm hoping it isn't a monitor lizard.  We know there are some pretty large ones up at the park a mile away.  Our younger son saw "an abnormally large lizard" a few weeks ago out on the old sailboat.  But we also have Five Lined Skinks so it might have been one of those.  Praying for the latter. Monitor lizards give me the creeps.

But I digress.  I wanted to show you what is just on the other side of our back fence. Here's a large prickly pear cactus: 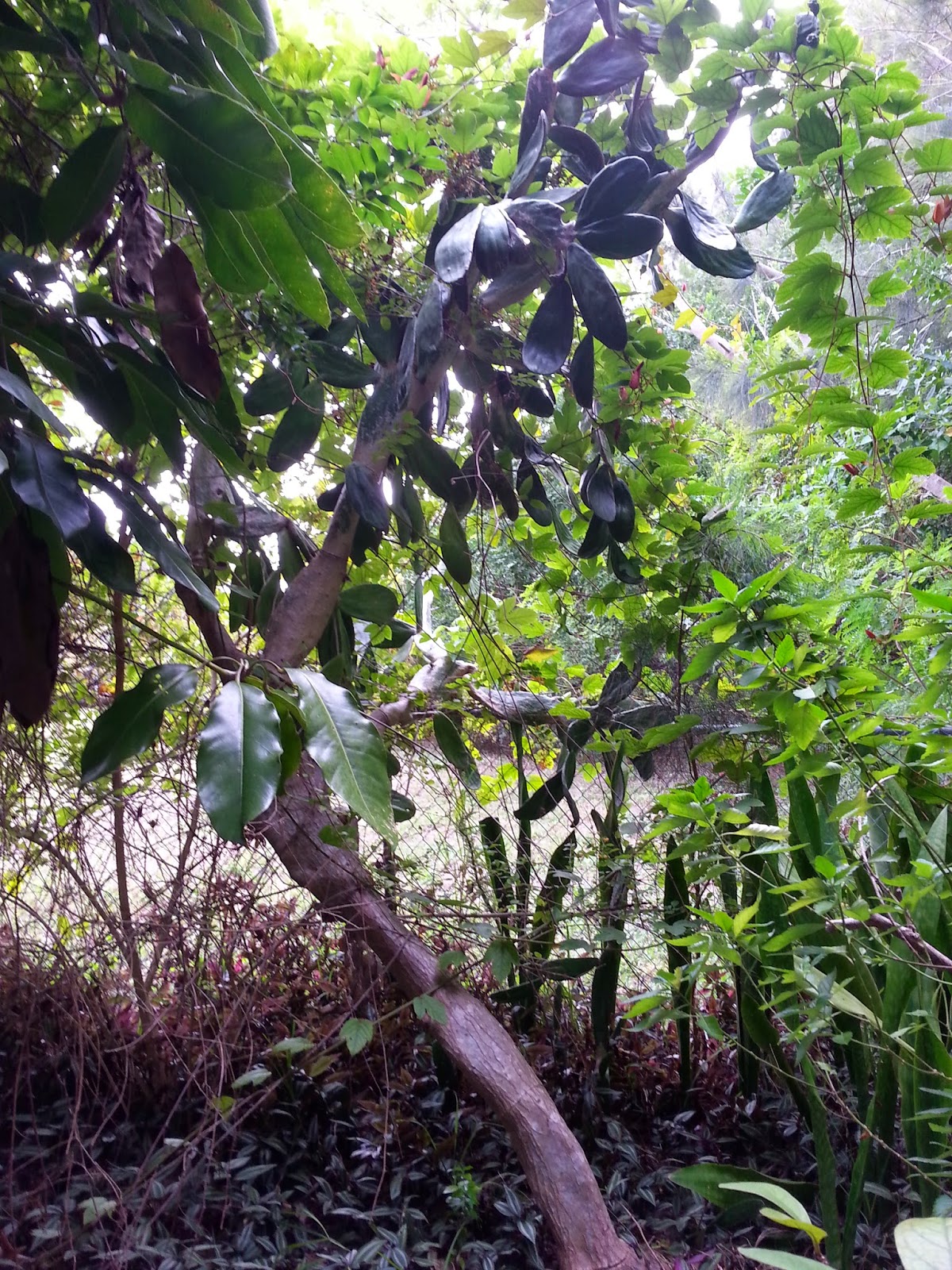 There are lots of passion vines, mother-in-law tongue (Snake plant), and the ground is covered in Wandering Jew.  In fact, the Wandering Jew has taken over a fair amount of woods behind us: 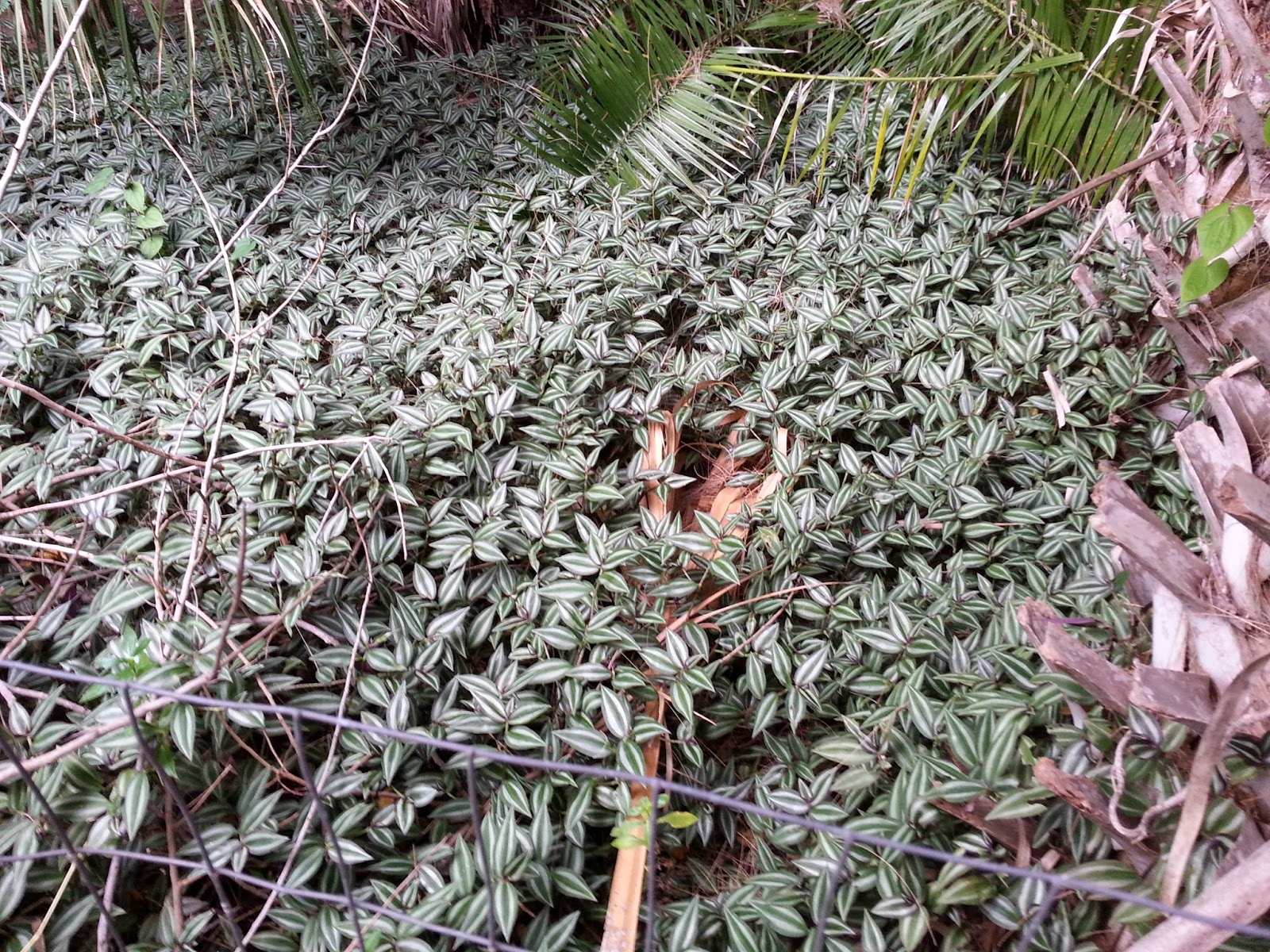 It's a darn shame this stuff isn't edible. 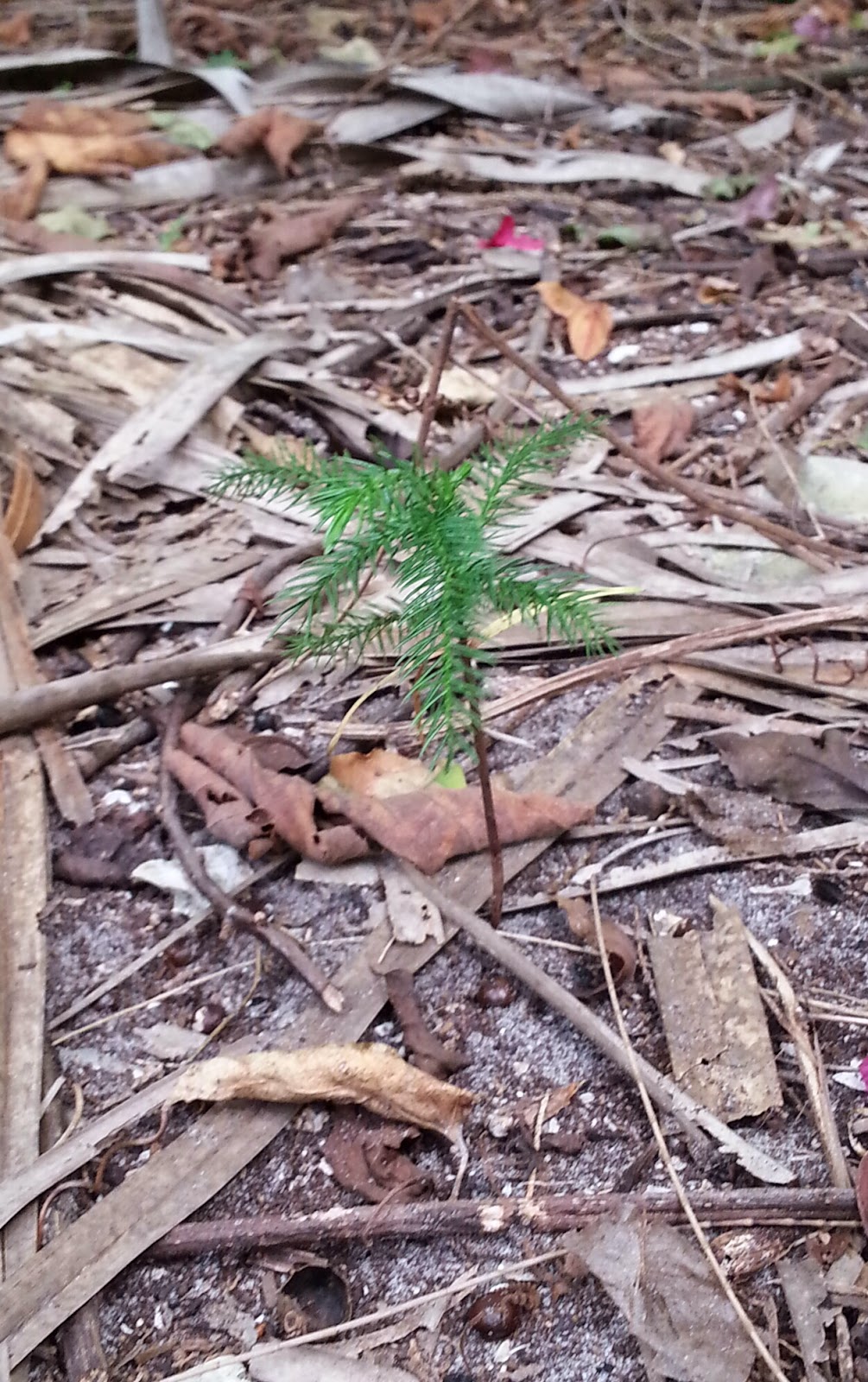 It's been hiding in the debris of the cabbage palms.  I can't decide whether to dig it up and pot it or just leave it be.  We're still amazed that our 30 year old Norfolk Island Pine made a baby!