Fruits and Veggies Coming Along Slowly but Surely!

A few weeks ago I dug up one of my cassava plants, but no roots had grown. I dug it up too early.  I planted several sections of the stalk and have been waiting for the sprouted stalks to grow a bit more before I took pictures.

I replanted the original stalk not really expect it to regenerate, but it has! 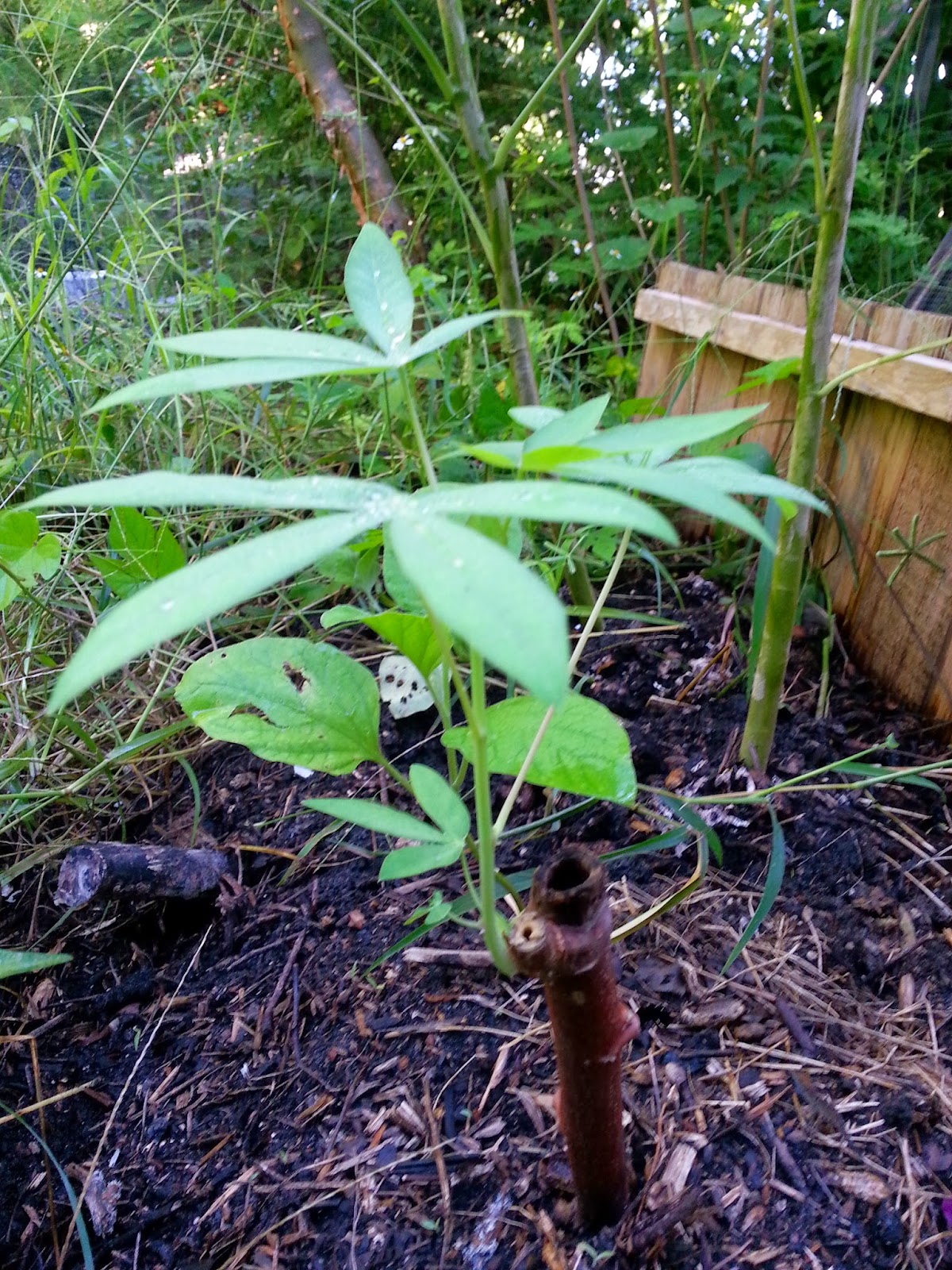 Here's a second cutting which has sprouted from below the soil and there's also a very tiny sprout at the first joint:


Here's another which I planted next to my Moringa: 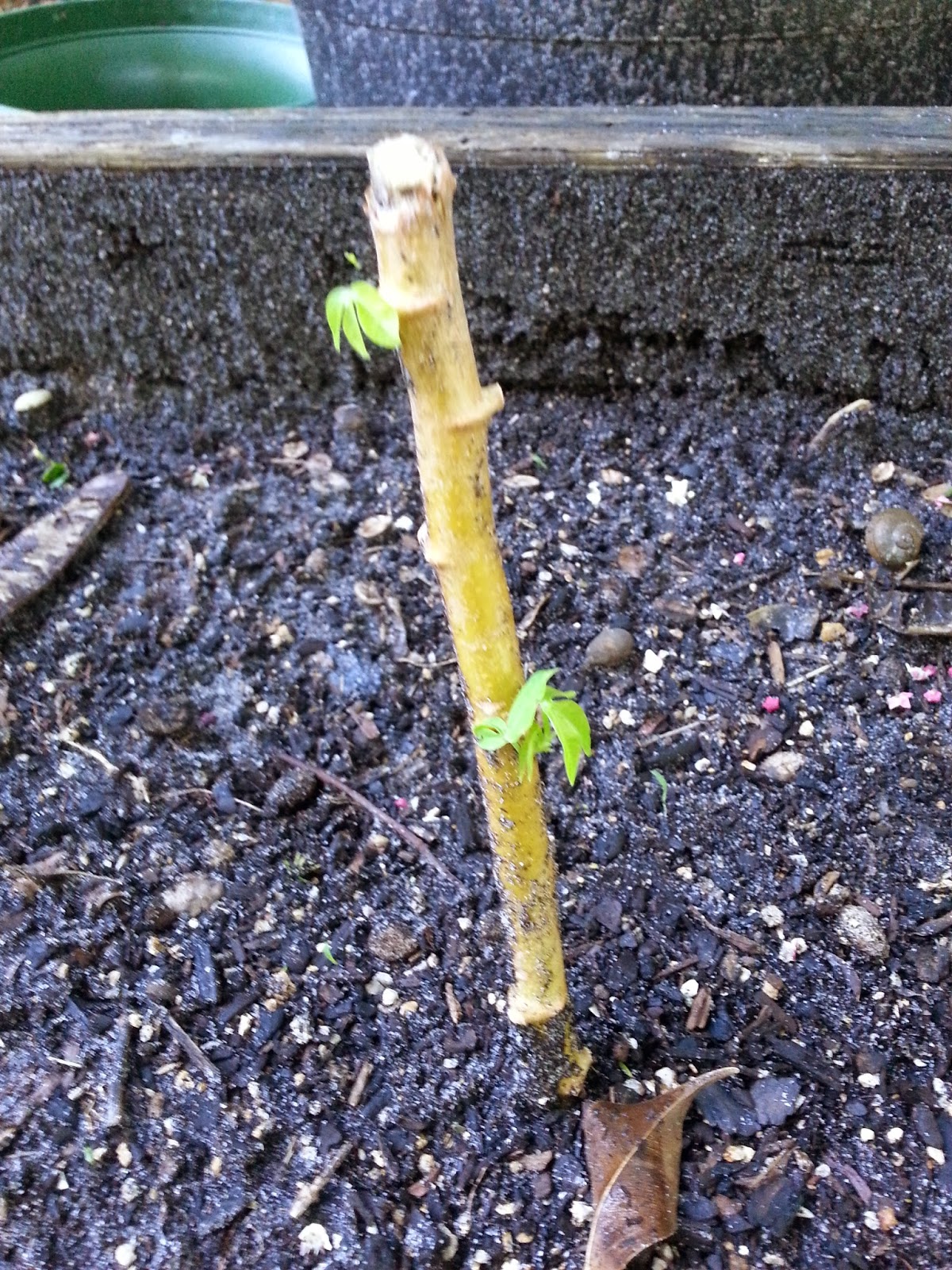 The papaya fruits still aren't ripe yet.  They're still teasing me: 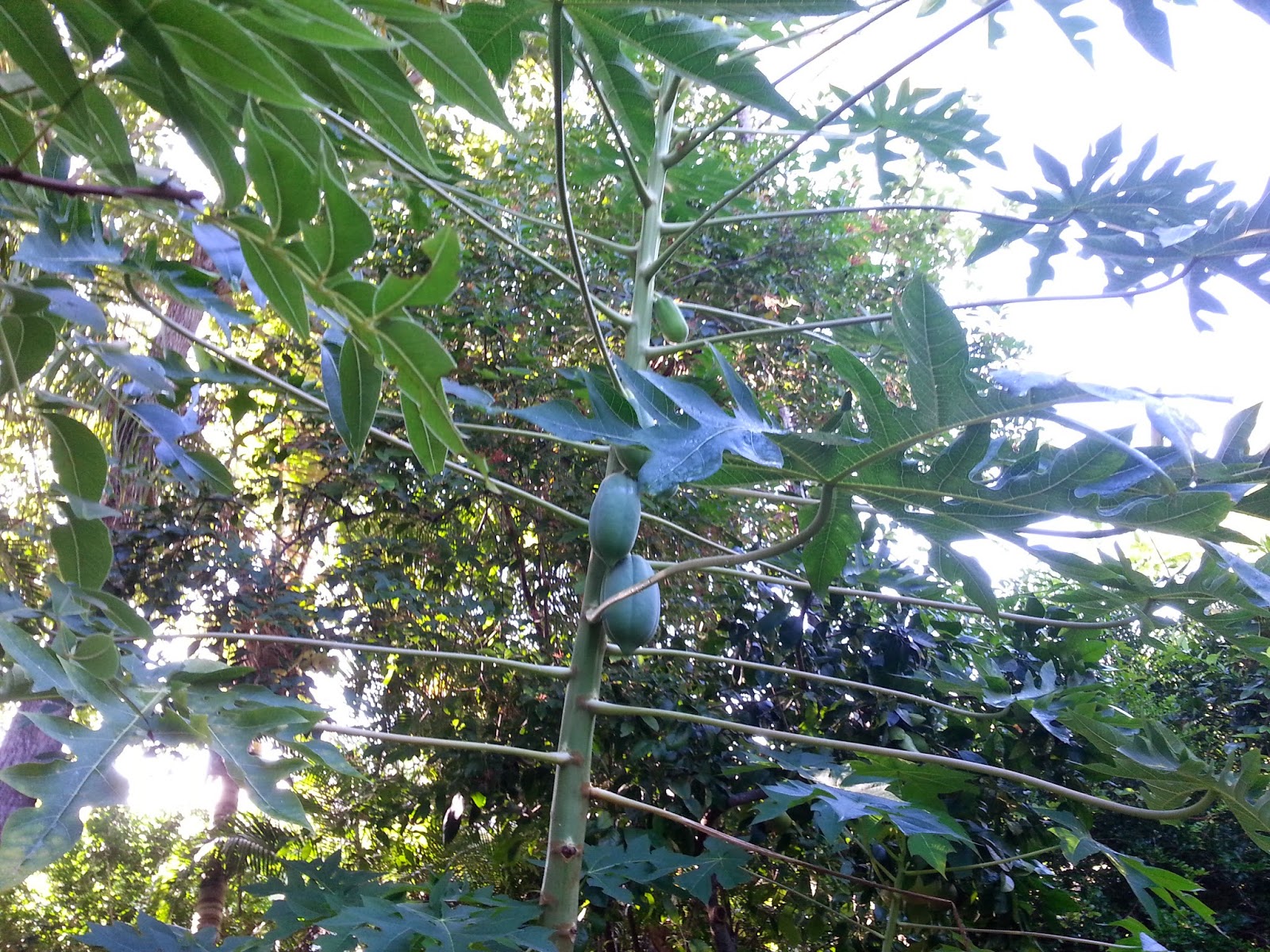 And my second papaya: 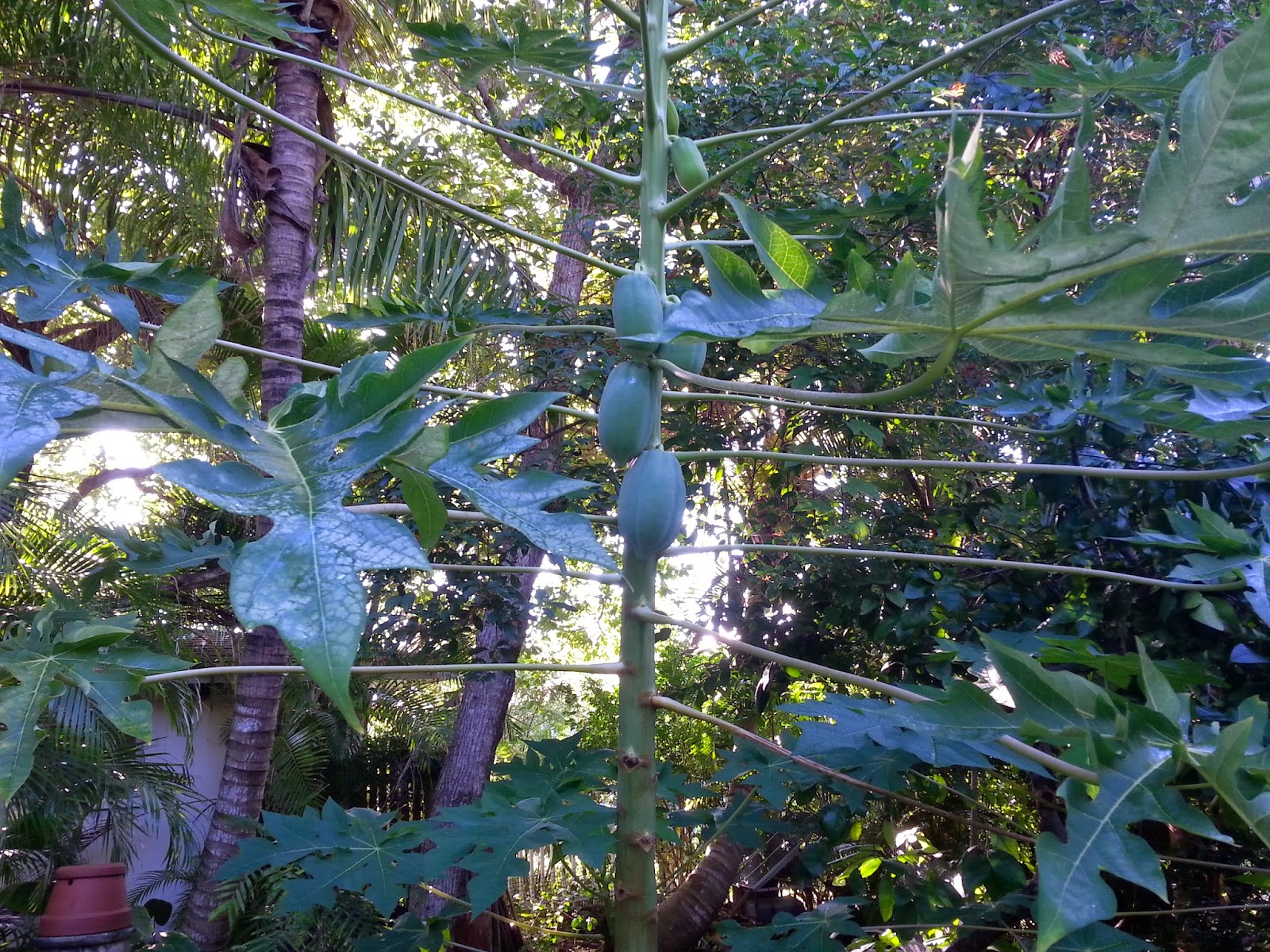 More fruits on the vine: 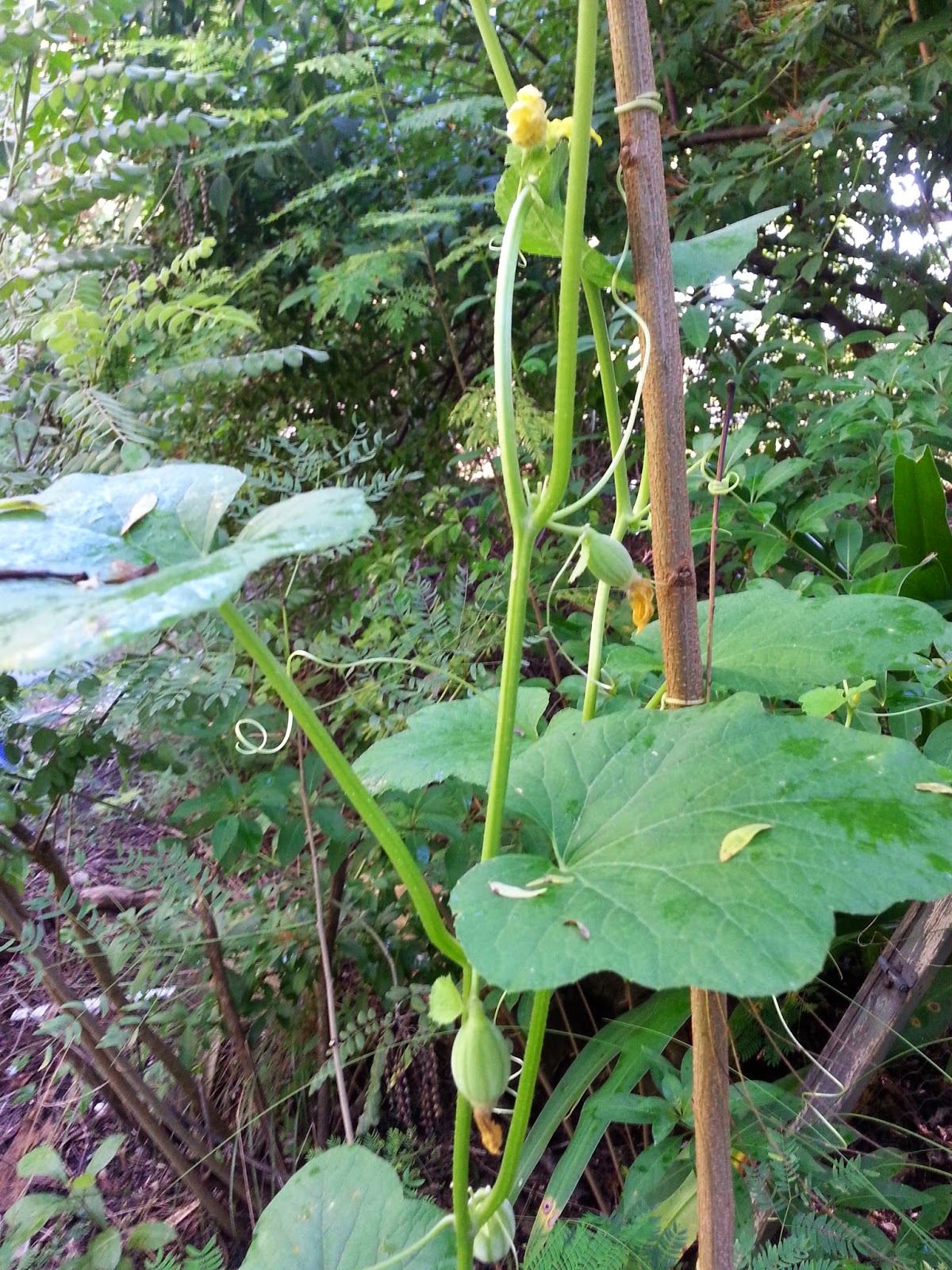 Korean Melon aren't flavorful like a honeydew or cantaloupe, they're more "sweetly crunchy".  They'll be great in salads.

Here's a pinecone ginger.  I took a picture of this ginger in "white" mode.  I wasn't sure if it was pinecone ginger or not.  Although now that I think about it, I'm not sure if the ginger I planted from the store makes these cones.  Something else to research! 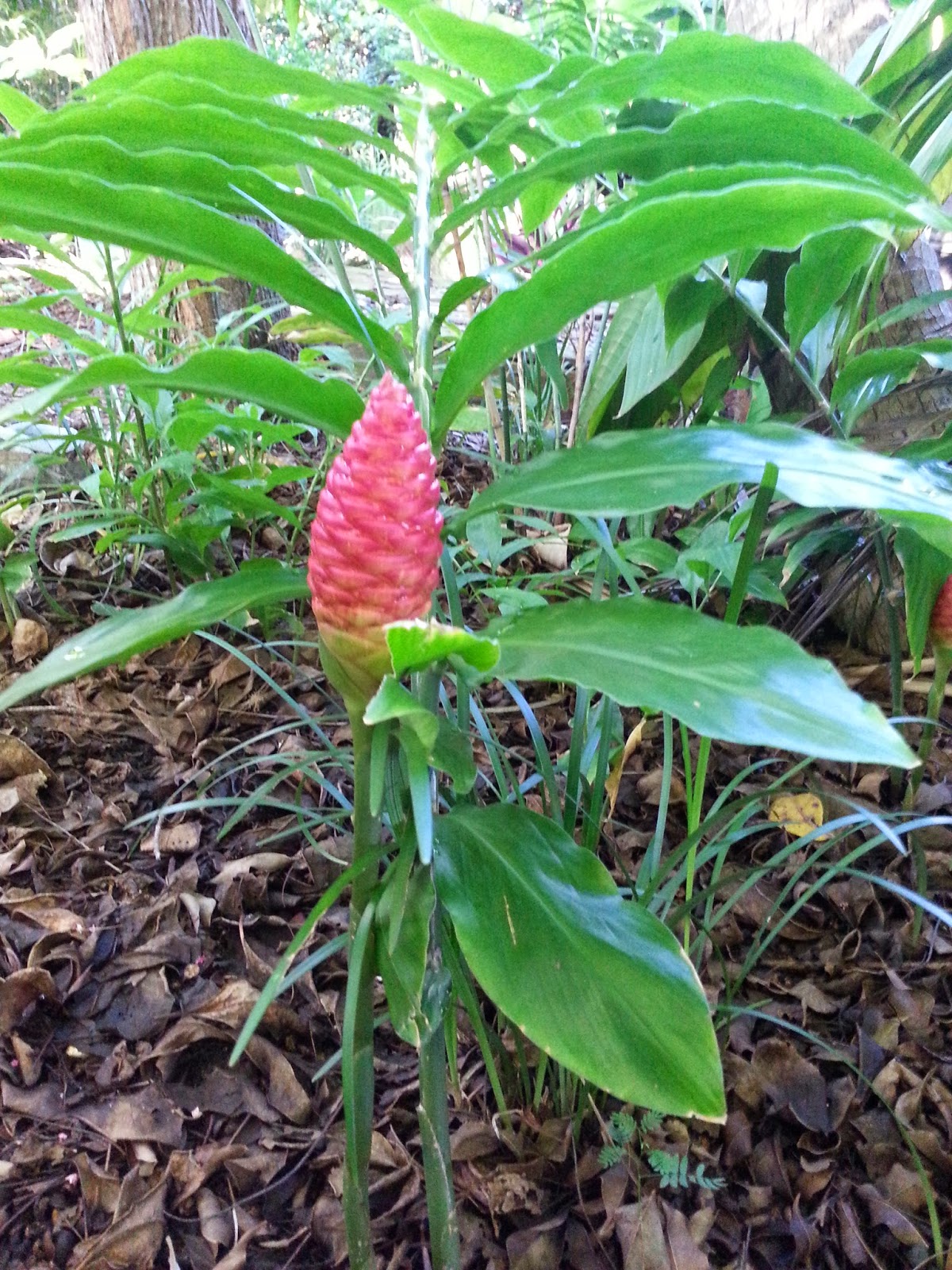 I've read that you can make soap out of these cones, but I haven't investigated as to how.