(A Little Too) Spicy Vegetable Soup with Okra!

I've only gotten 3 okra pods so far so I decided to make some vegetable soup. 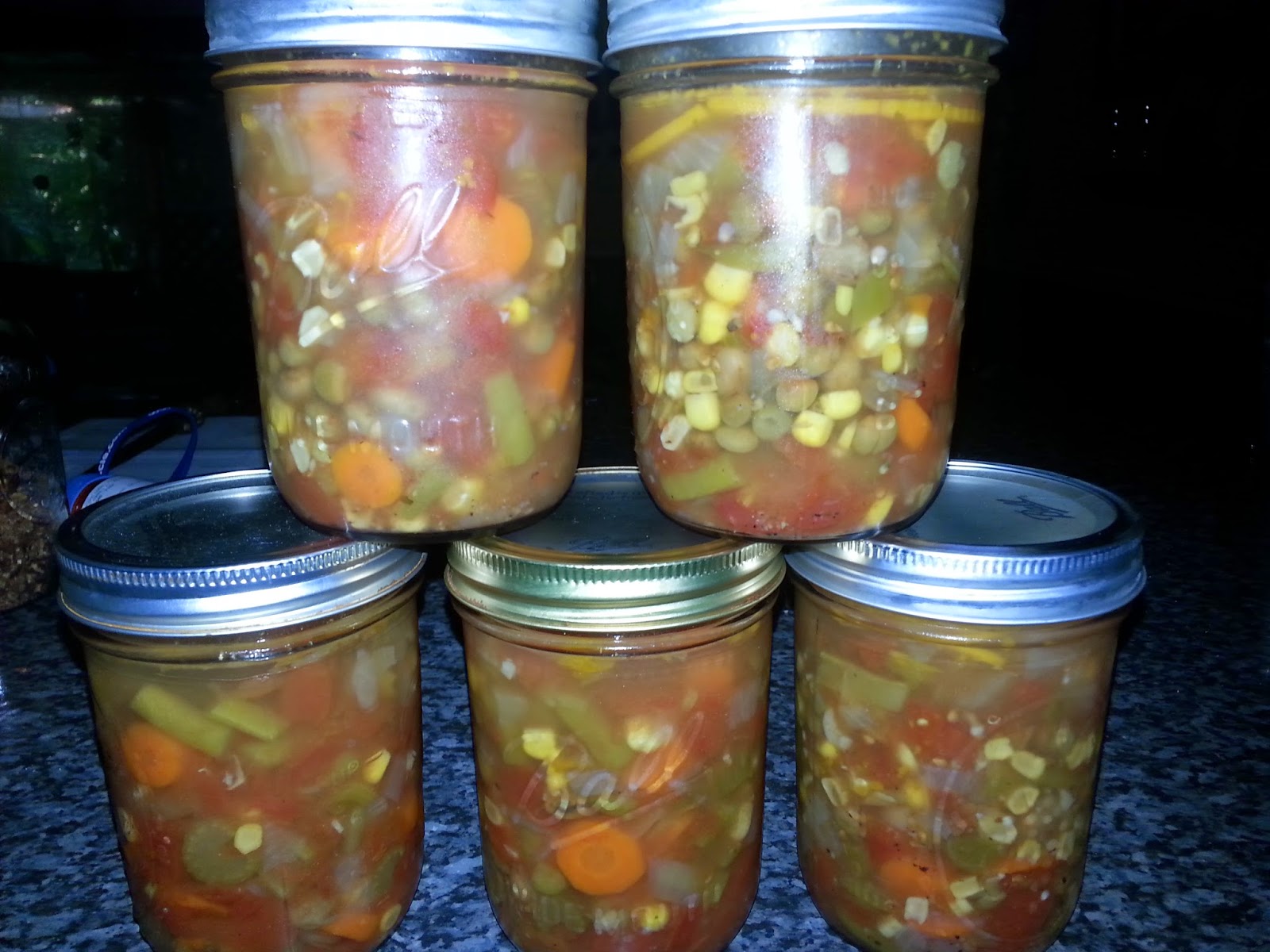 I don't like to make soup in the crockpot.  It doesn't taste the same as my method in a pot on the stove.

First I added some olive oil to a big pot, added onion, garlic, carrots, celery and green beans and let each addition sweat a bit.  Then I scraped the corn from the cob and added that along with my 3 okra pods, letting it all sweat a bit longer.

I added kosher salt and freshly ground pepper, then a big can of (cough) "mild" Rotel diced tomatoes, 2 packets of chicken bullion and water to cover.  I really wanted to add baby lima beans, but I decided to be brave and bought a can of green pigeon peas instead. These were the only veggies that weren't "fresh".

I opened the pigeon peas and did a taste test before adding to the soup.  They weren't bitter (which is what I was worried about) and they had a consistency similar to baby lima's, sort of.  It worked for me so in they went!  I'll definitely buy cans of green pigeon peas to add to rice.  They don't compare to fresh green pigeon peas, that's for sure, but they'll definitely work in rice.  Glad I got the courage up to try them!  I'm waiting impatiently for my pigeon pea plants to produce again.

When I was at Publix buying the other veggies, younger son was with me.  We got to the canned tomato aisle and I asked him if I should go with plain, italian seasoned or spicy Rotel tomatoes.  He suggested the mild Rotel diced tomatoes. So that's what I bought.  I always think spicy food (gumbo) when I think of okra.

Holy Moly!  That soup was spicy!  Even he was a bit surprised at how spicy it was.  We had to double check the label on the can to be sure we hadn't made a mistake but sure enough, they were "mild"!  It's way too spicy for me, unfortunately.  I'll need to wait for more okra and make a second batch with a little less heat.

I put the soup in pint jars and took 2 to work and fed them to my bosses. No complaints so I guess it wasn't too spicy for them.  Younger son said he'll eat the rest.