I got some velvet bean seeds from David the Good a while back and had planted 3 of them out by the sunchokes - they even had a nice homemade stick tripod trellis.  Well, I haven't been paying much attention to things out back over the past 6 to 8 weeks.  I knew the velvet beans were starting to climb up into the sunchokes, but I had no idea how out of control they were!  What made me get to work on cutting it all back right then and there was that the vine had started choking my Roselle!  Oh No!

I've chopped and pulled all the velvet beans out and will need to be a bit more careful where I plant the next seeds!  There were no "beans" on the vine yet, so I don't have to worry about regrowth in that area.  What was most impressive was that the base of that vine was already as thick as a cigar!

The mosquito planes were out Friday morning and must have sprayed the good stuff because the skeeters weren't that bad tonight.  I managed to weed for about 20 minutes which is pretty darn good for me.  I try not to dwell too much on the thought of all those chemicals in the yard from mosquito control planes.  Cringe.

A few weeks ago, we went to the Asian market looking for dragon fruit but didn't have any luck.  What we did find was lemon grass stalks.  I don't remember how much they were, maybe $2.50 for 3 stalks, so I figured I'd buy some and plunk them in the ground and see what happens.  And voila! 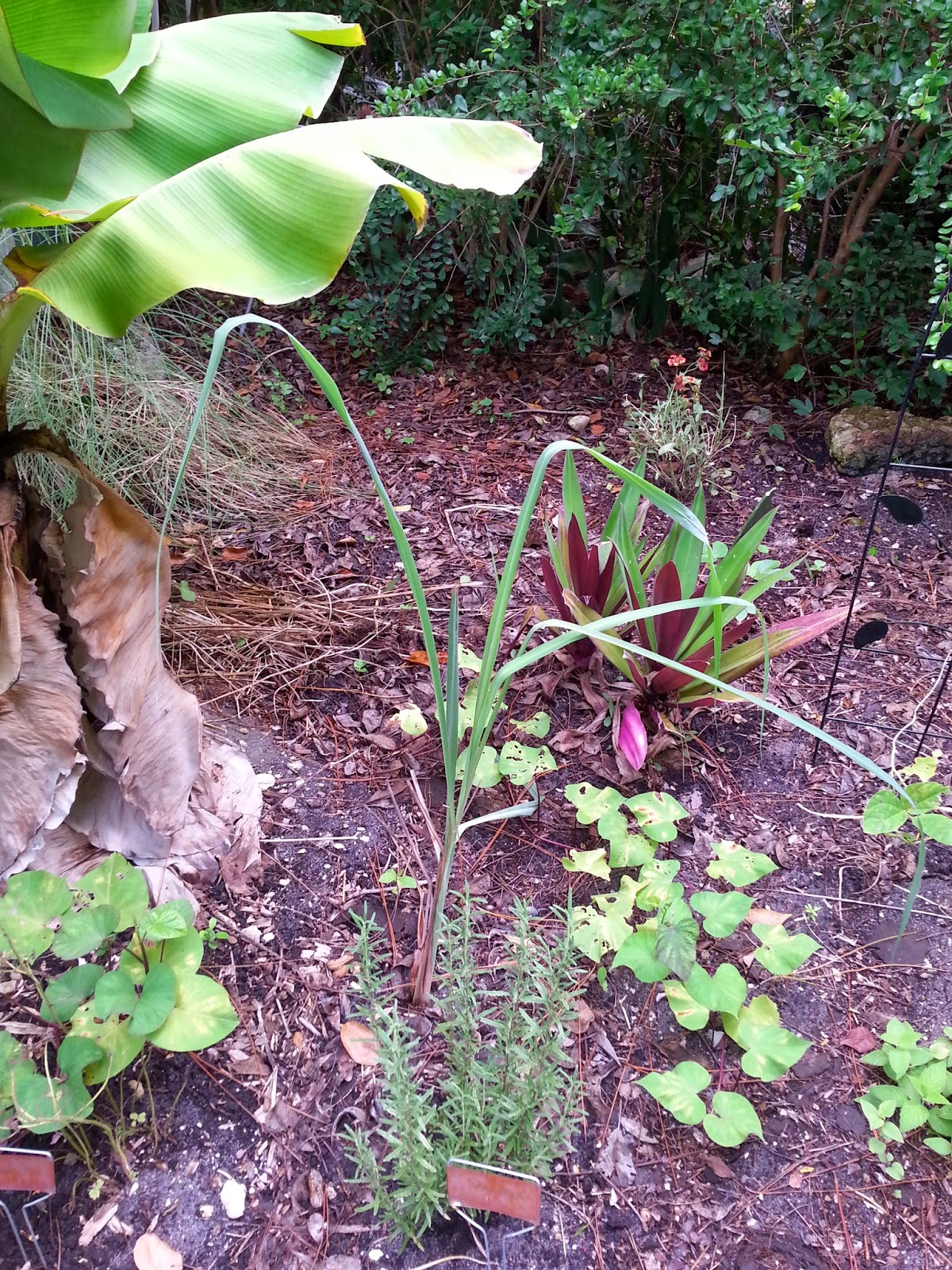 You can't buy a small pot of herbs for much less than $4.00 these days so I figured it was an inexpensive way to add some lemon grass to the garden!

Two of the three are doing great!  The third one isn't dead, just hasn't sprouted new growth like the other two have.

My two new pigeon pea plants are doing great too! Not sure if you can pick them out. Both are to the right of the new fig.  Ignore the whatchamacallit in the foreground. Lantana I think. 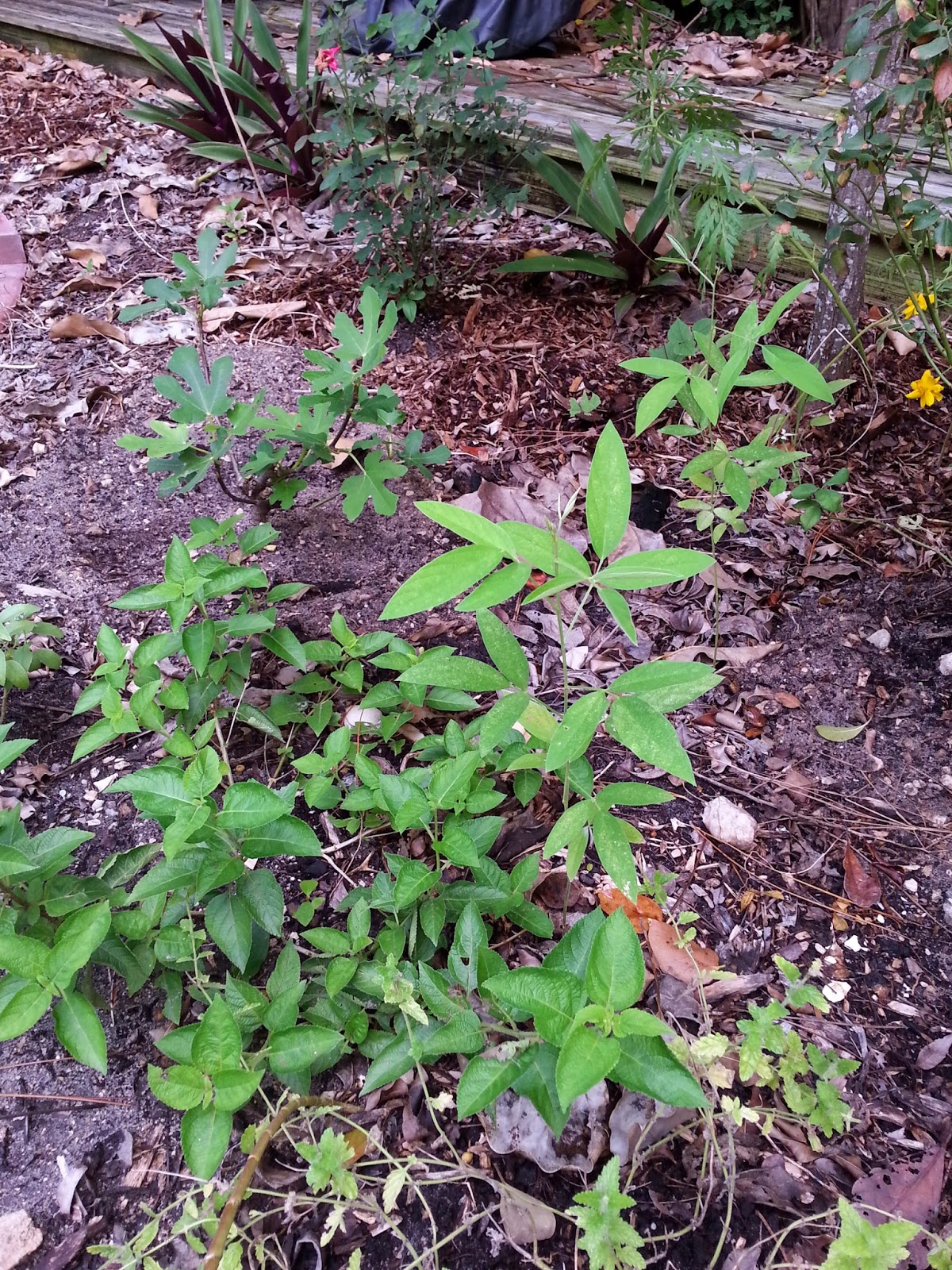 I'll move one tomorrow - they're too close to each other.  I was planting southern peas that day too, so I must have gotten confused.  Duh.   These grow into quite a large bush.

I've been putting all my weed clippings in the garden box area.  I'll mulch on top of that. It will be a good "base".  The velvet bean clippings, being nitrogen fixers, will help build the soil so chopping it all down wasn't wasted at all.

And boy do I have some weeding to do.  Geesh.  All the weeding I had accomplished a few months ago is right back to where it was before because I stupidly didn't put down mulch. 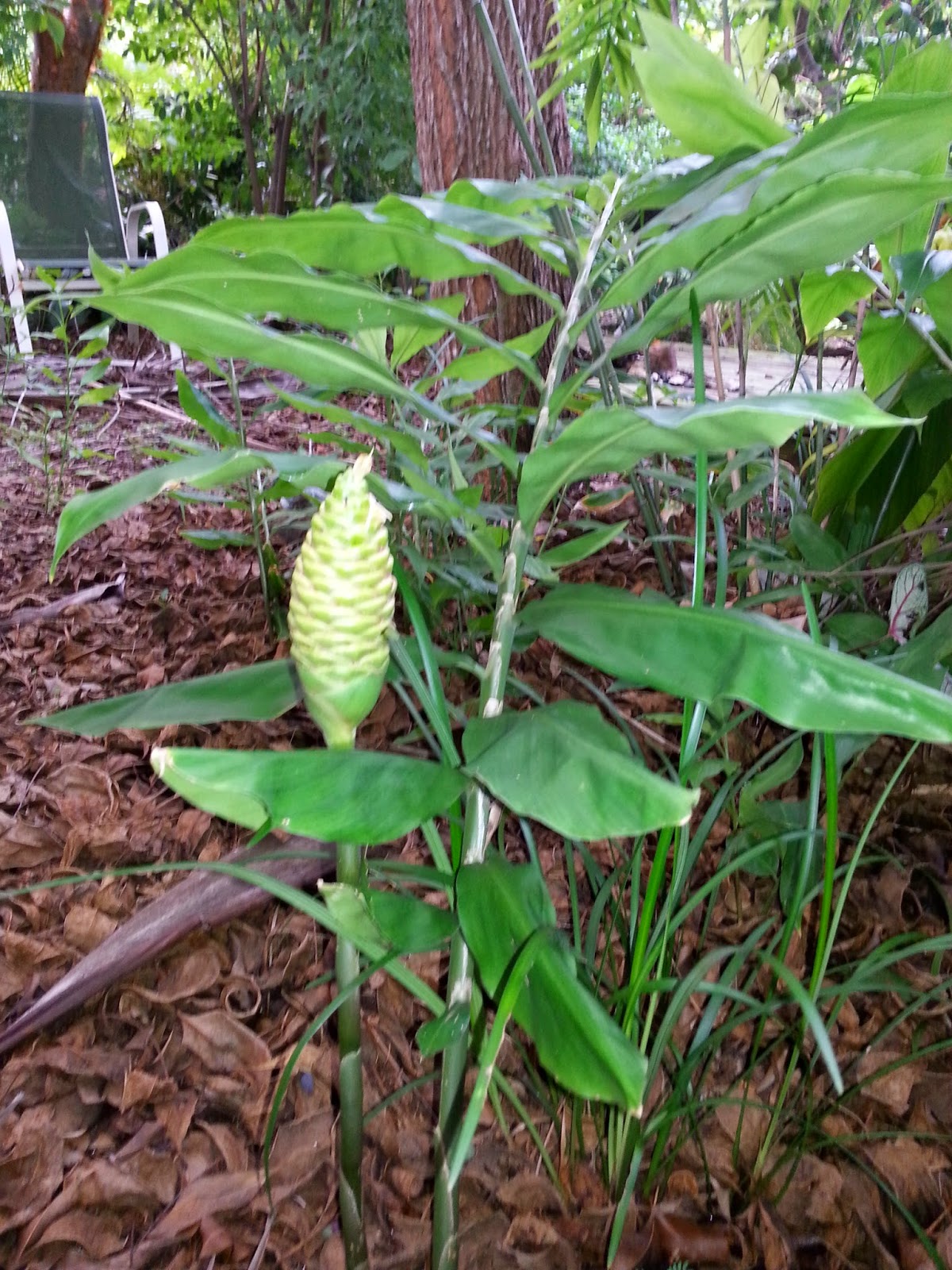 The pinecone ginger is red, so this must be one of the gingers I planted from the market. Since I planted only the market ginger under the firebush (the bird area) I'll be able to confirm soon.

And here are some of my lovely papaya fruits: 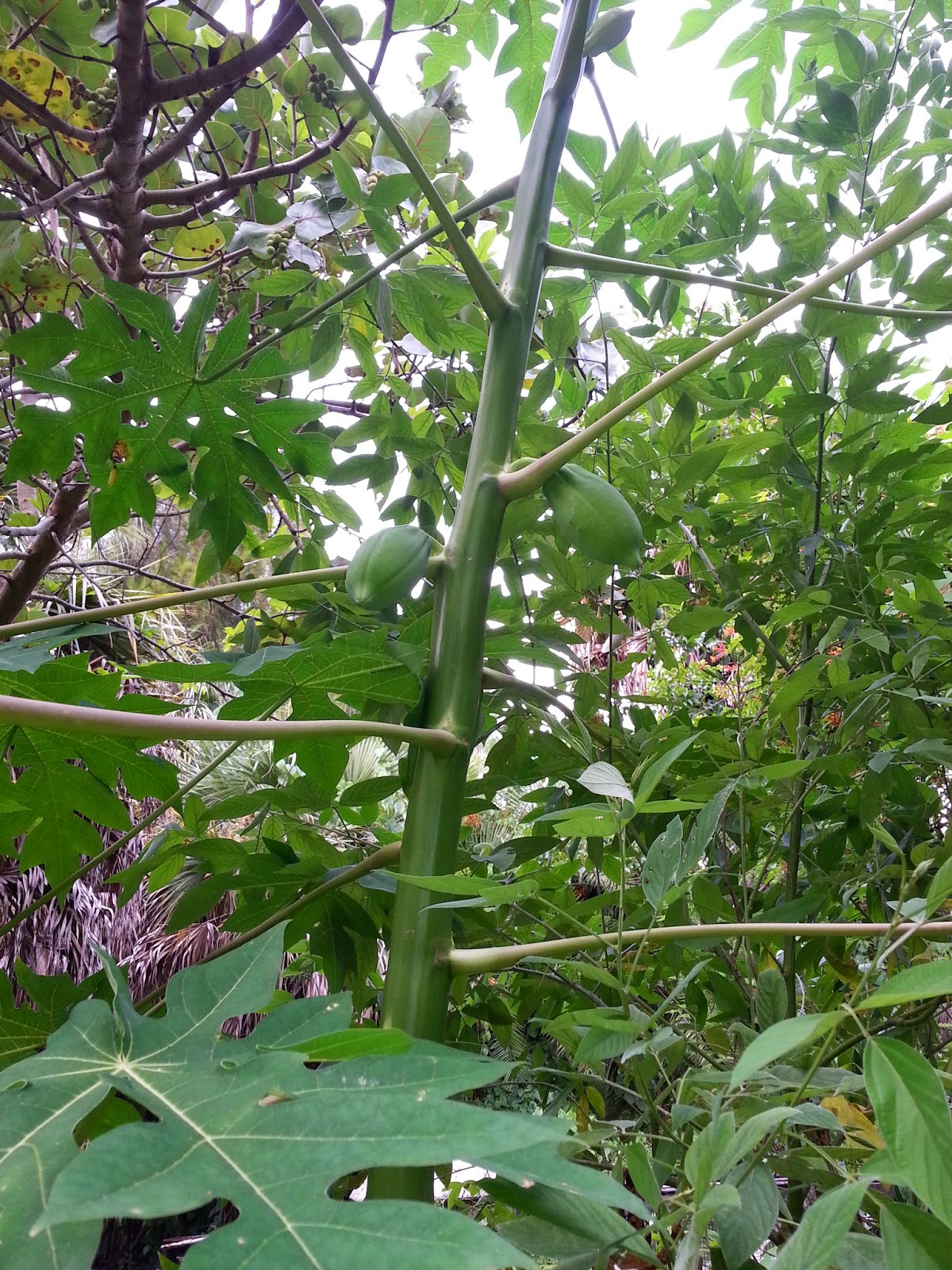 And speaking of papaya, apparently you can use the leaves for medicinal purposes in the form of papaya leaf tea.  They are discovering that papaya leaf can cure some cancers!

Lots of good things growing happily through the summer.  Now to find more plants like papaya and pigeon pea (plant them and they will grow without much fuss) for the edible garden!