I was finally able to do a bit more work on the brick border. I only had 10 bricks left so it didn't take very long.  After cleaning up I went back out to take a few pics and noticed it rises a bit high where the curve started.  Oops!  It gives it character I guess! 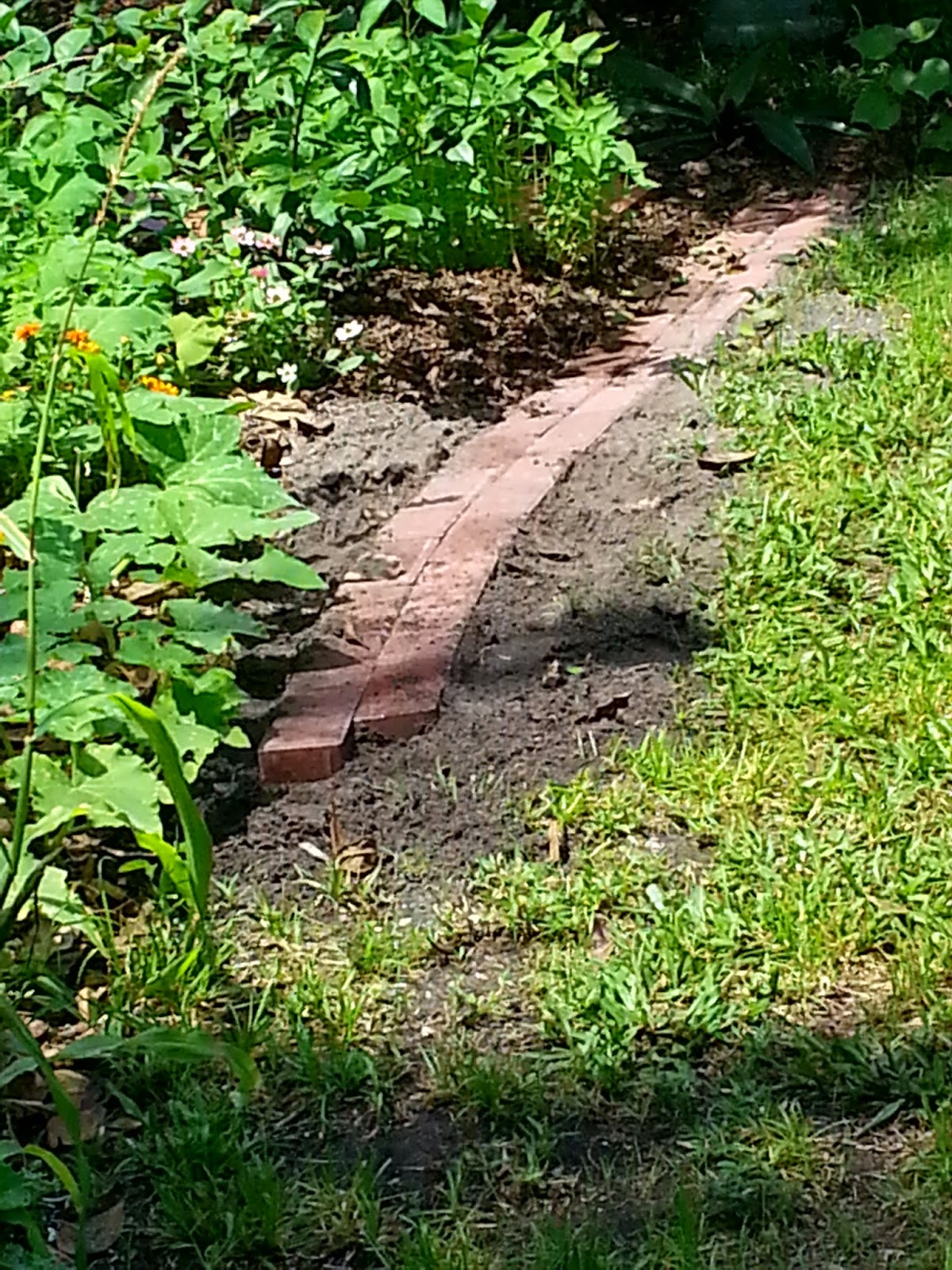 Here's a view from the deck: 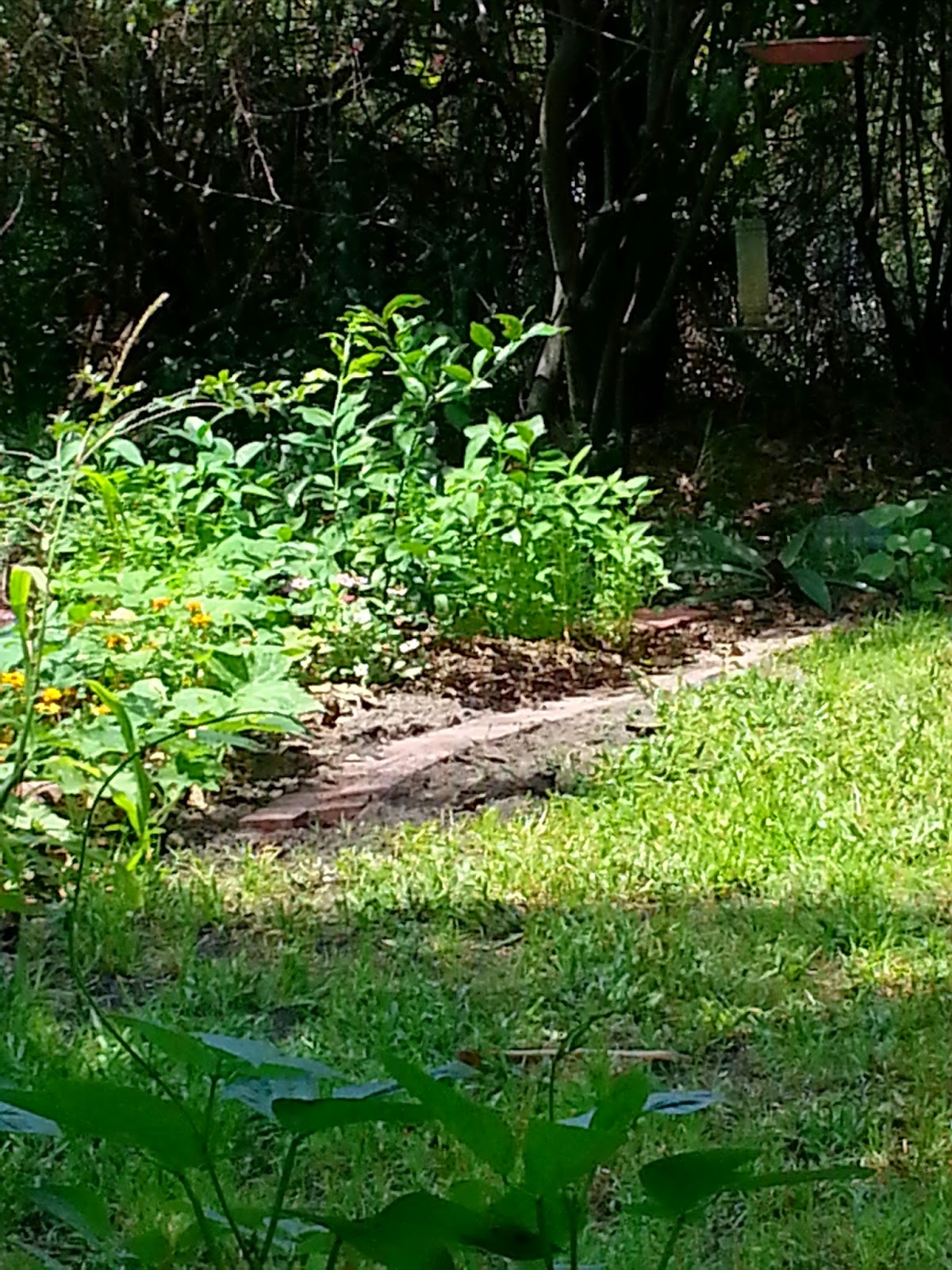 While digging, I had a close encounter with an adorable bee!  I was so enchanted by the little guy I didn't think to reach over for my phone to take a picture.  Drats! It buzzed around my head a few times then landed in one of the depressions I had made with a brick.  It sat there and seemed to just want to take a rest.

Then this Ibis showed up: 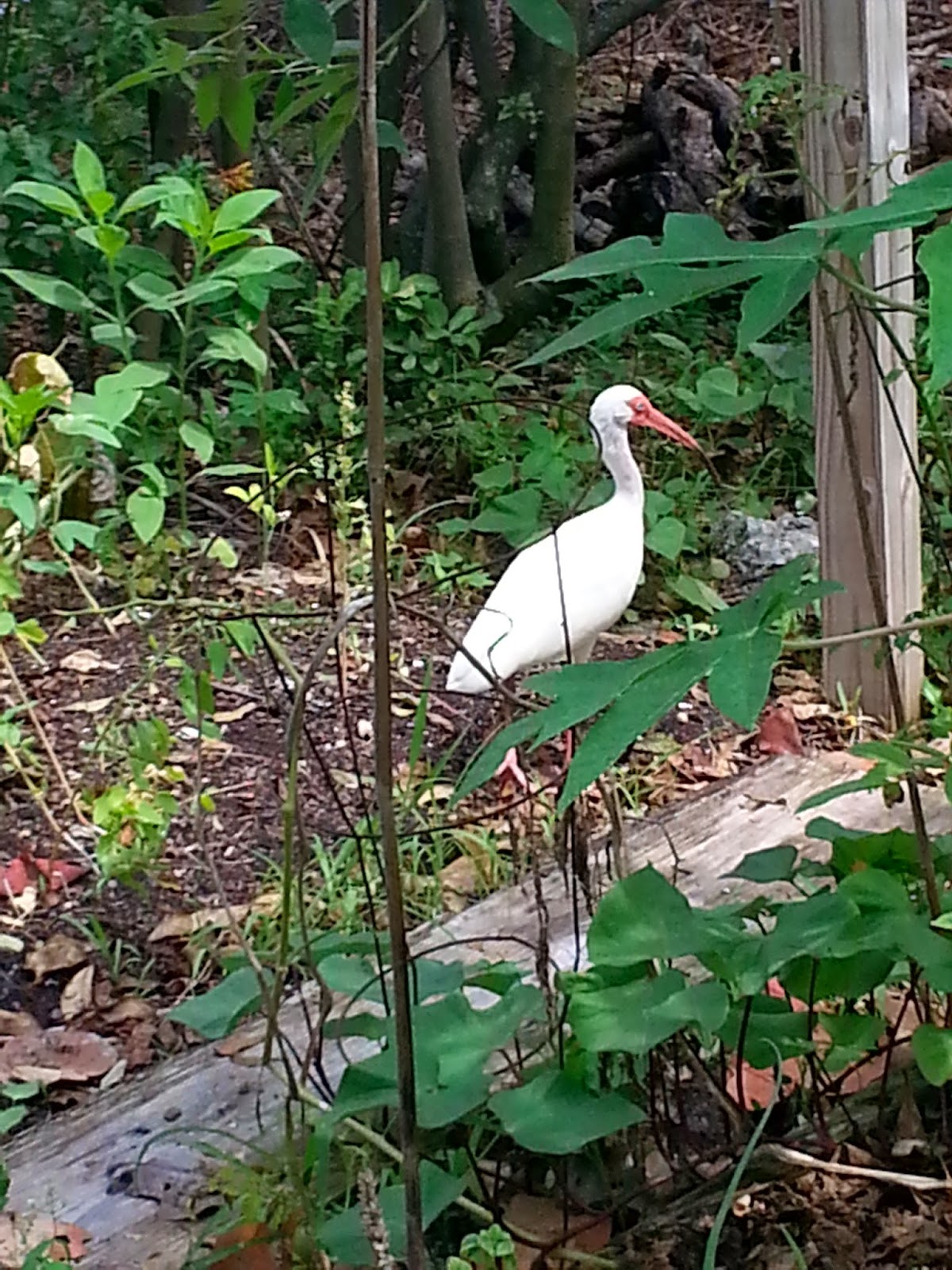 We have a flock of Ibis that poke around the yards in the neighborhood.  This one was on his own.  He stayed for a good 10 minutes.

And then I heard the twitter of a Downy Woodpecker.  It was a pair - with one of them landing fairly close to me.  It's not a great shot, but you get the gist.  I think this was the female.  It was adorable! 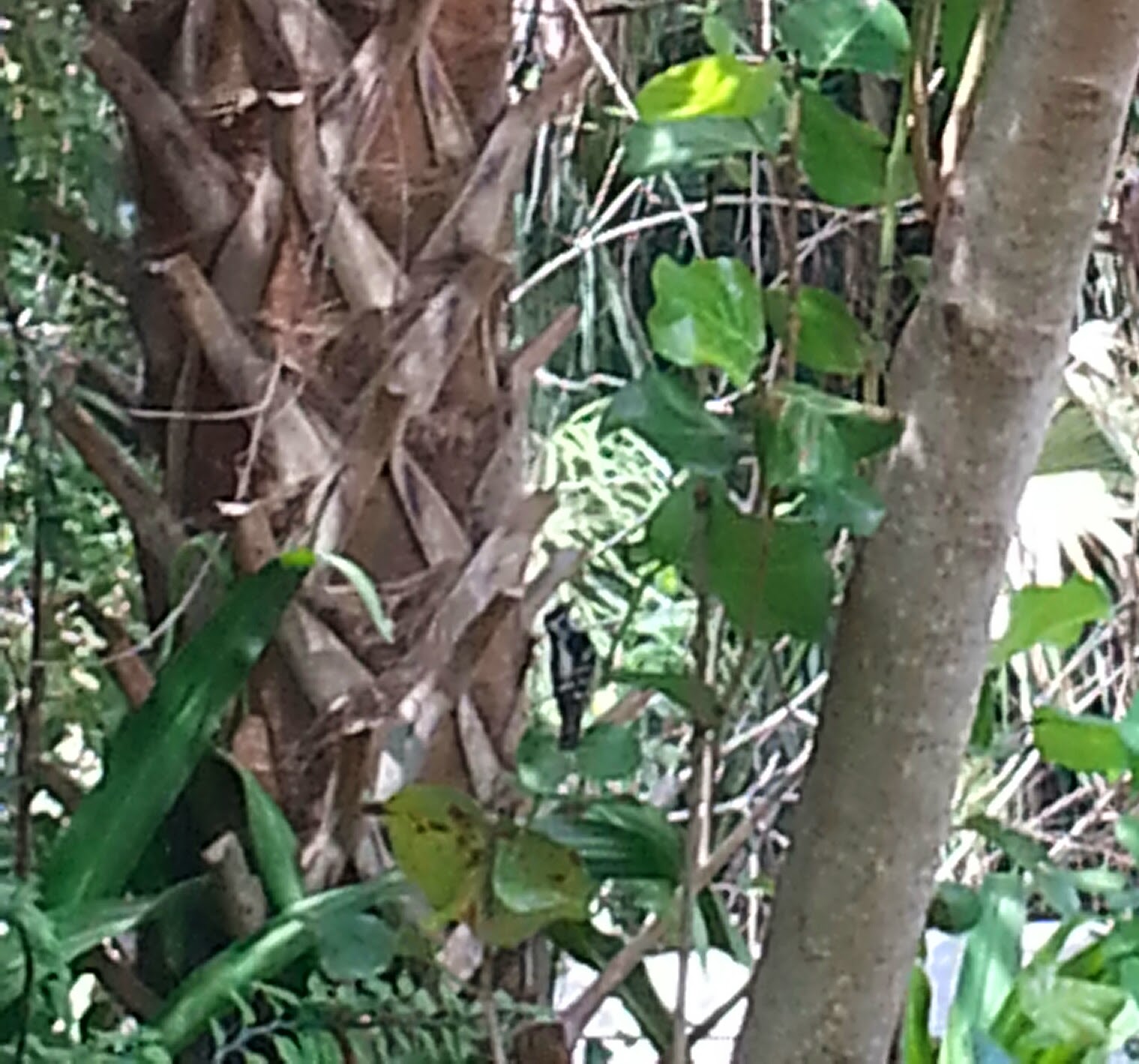 It was a good day - got some things accomplished!  And, I don't think I hurt myself!