Here's a little story about 3 of our shelter dogs we've owned over the years and a hard lesson learned about deadly Cardboard Plant seeds.

The picture I posted of my old dog and the chicken at the door in this post made me smile and made me sad. Molly died last December at age 13.  She was such a good girl - an Australian Shepard/Akita mix - with a wonderful, easy going disposition and quirky personality. 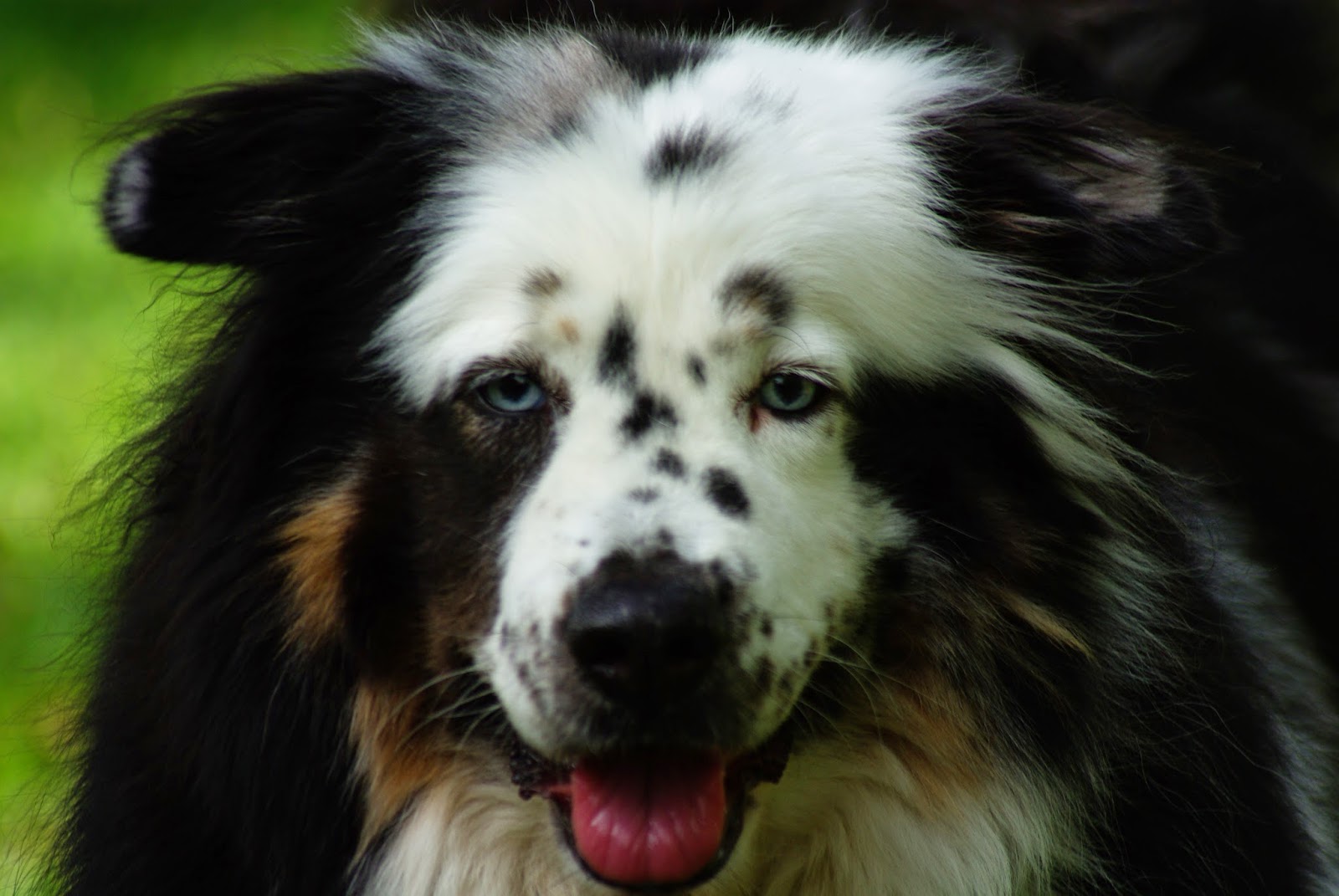 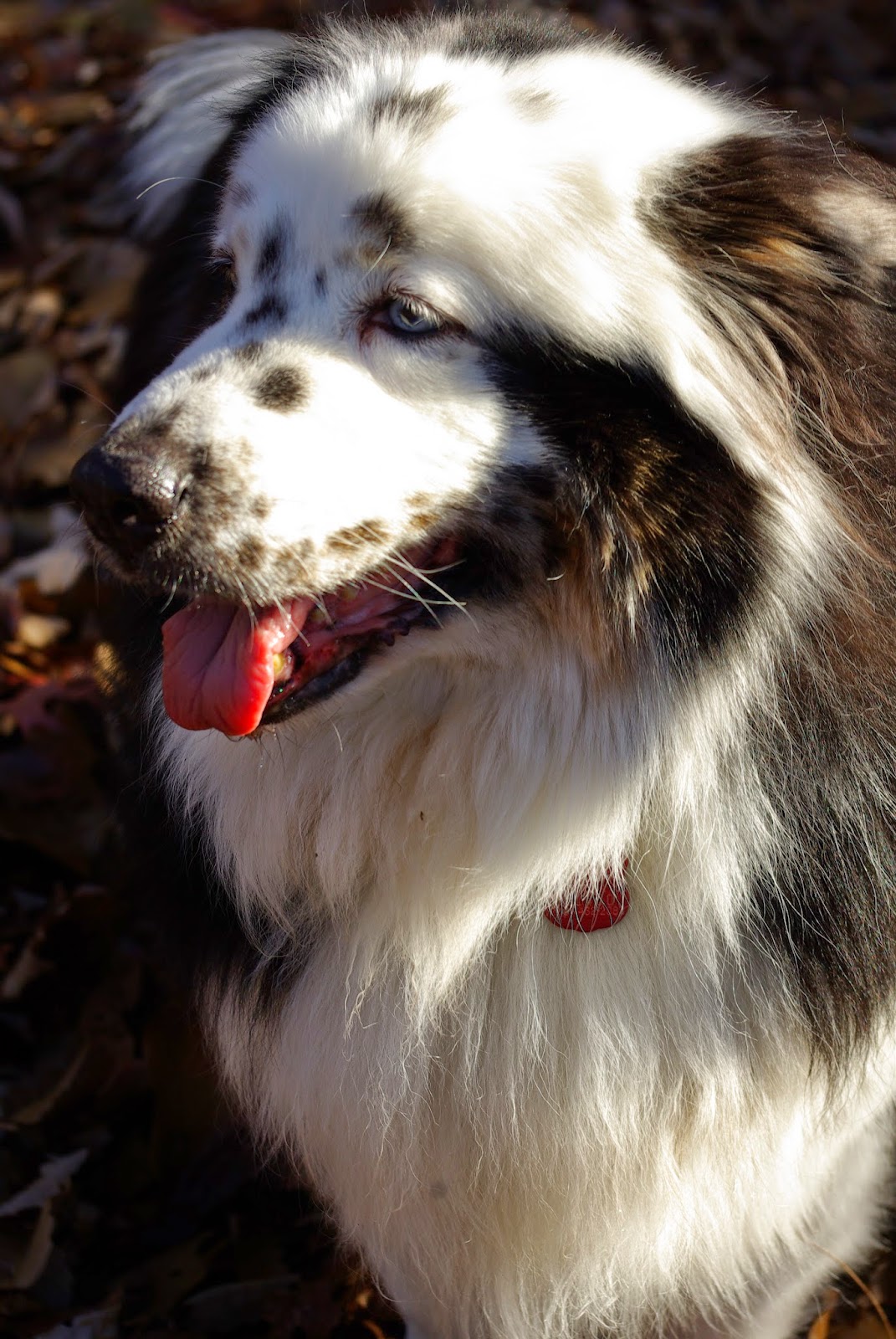 When she was 8, she was already starting to show signs of arthritis, so we adopted Annie to maybe help keep her active.  It seemed like a good idea at the time, but Molly wasn't the least bit interested in "playing" with Annie. She just tolerated Annie's puppy like antics.

This is Annie at "obedience training". 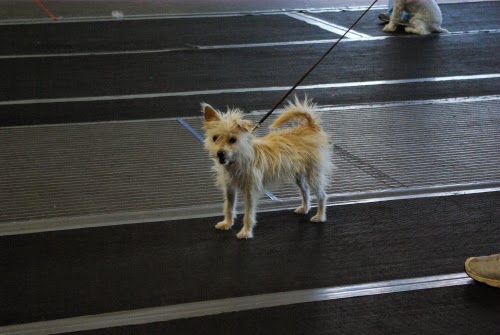 Ha!  I couldn't even get her to sit.  She was so excitable her butt wouldn't stay on the ground for two seconds.  I'm surprised she stayed still for this picture!

Annie was such a great little dog.  She was super fast, super smart, and she was quite the character. We absolutely adored her!

One day, she got a hold of a ground dove, grabbed it and ran like hell back into the house and pulled it apart in her crate before I could catch up to her.  Gawd. What a messy day that was!  She did it not once, but twice!  Then we had to put up wire fencing to keep her away from the bird feeding area.  She had been living with us for close to 6 months before that behavior popped out of her!

We adopted Lucy, the chicken butt sniffer, about 10 months after adopting Annie. I thought Annie needed a playmate since Molly wasn't participating in my keeping active scheme.

This was the only way to get a picture of Lucy! 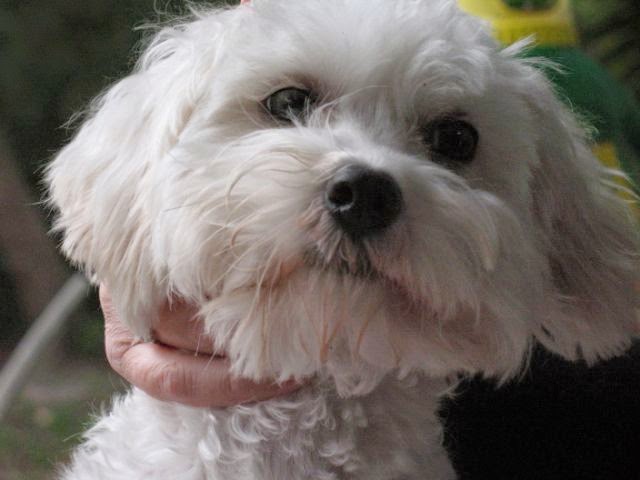 The vet thought she was a maltese/poodle mix and about 11 months old.  When we got her from the pound you couldn't even tell she was white!

These two little doggies sure knew how to entertain us!  And I think Molly secretly enjoyed their antics too.

That dog ate EVERYTHING!  I'd never had a dog quite like her.  The day she ate the seeds, she had been chasing her nemesis, the squirrel.  To this day I believe she ate them only because she saw the squirrel in there, because otherwise, she would have no reason to crawl in that dense, picky shrub. Unfortunately, when she started throwing up that night we found a bit of red bell pepper I had dropped on the floor while making dinner, a piece of red felt from a toy she had destroyed earlier, and another unidentifiable mushy bit of red. We didn't KNOW there were red seed bits from the cardboard plant.  If only we had known, we could have saved her.  I finally put it all together the next morning when I saw the squirrel by the cardboard plant and went to investigate. The seed stalk was broken open and there were a few chewed up seeds.  We took her to the vets as soon as we figured it out but by then it was way too late due to her size. She was only 6 pounds so she didn't have a chance against the Cardboard plant seeds and the neurological damage they cause.  She seized out that night, 24 hours after eating the seed.

We've had 6 dogs at this house over the years and only Annie, the neurotic one who ate EVERYTHING, ever got into the Cardboard Plant seeds.

Please Beware of Deadly Cardboard Plant Seeds, especially if you own a neurotic dog that eats everything!

I still blame the squirrel.