On Memorial Day, Hubby and I took a drive to Historic Spanish Point in Osprey, Florida, just north of Venice.

We became members of Mote Marine Aquarium last year, and this place was on the reciprocal member list for free admission in May.  We had never been there and didn't know much about it.  We expected it to be a park down by the water and a nice place to have a picnic.

We were surprised at how much there was to see.  The property is quite large, with several cottages, a chapel, nice shell paths, a sunken garden, an ancient shell mound, and even an aqueduct!  (I was pretty darn impressed - I have a thing for aqueducts!)  It was a great little settlement and a nice walk.

This was the first flower I spotted (Iris?), looking very out of place at the picnic area: 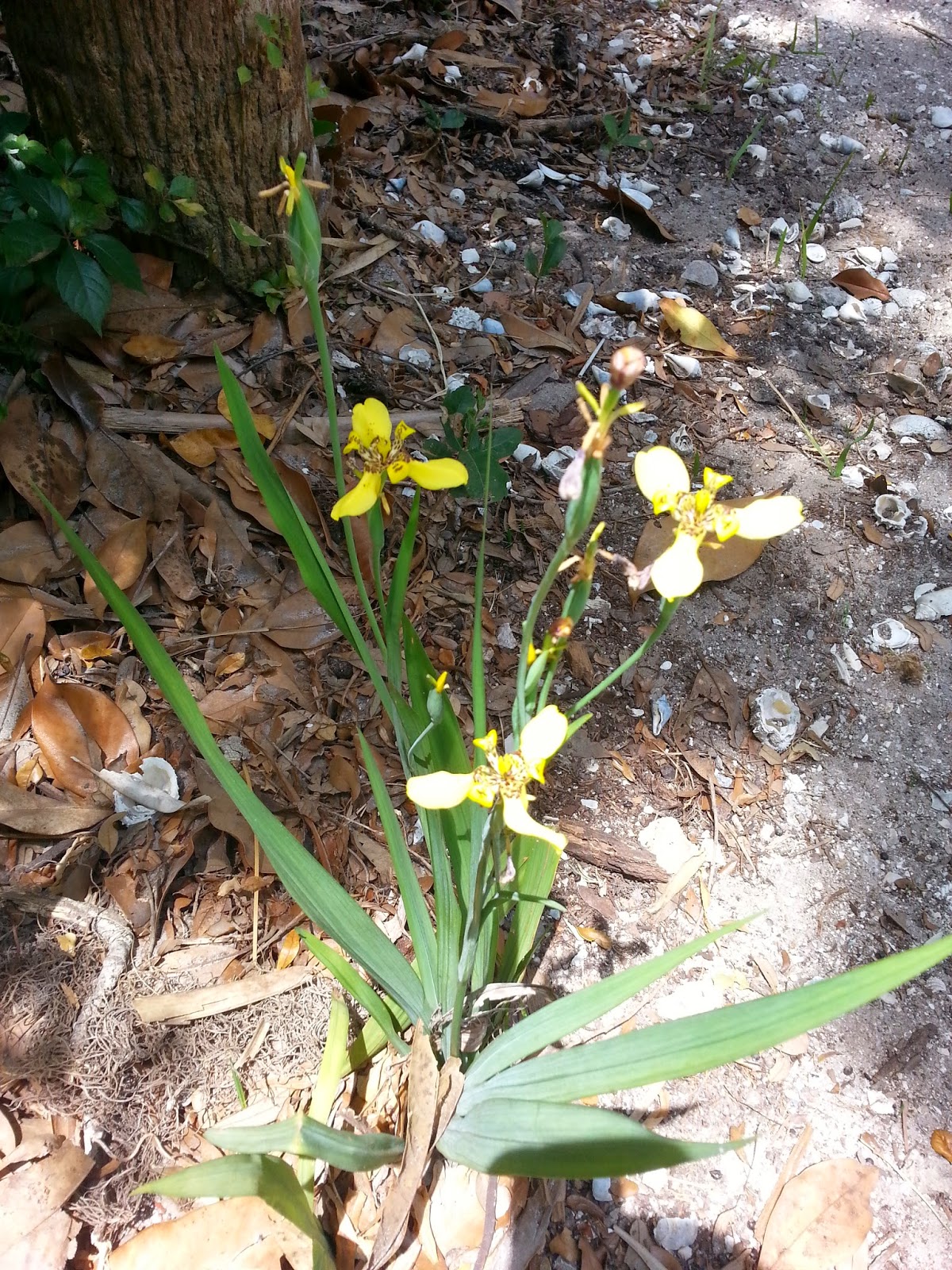 It took a while to find another bit of color until I found this hibiscus: 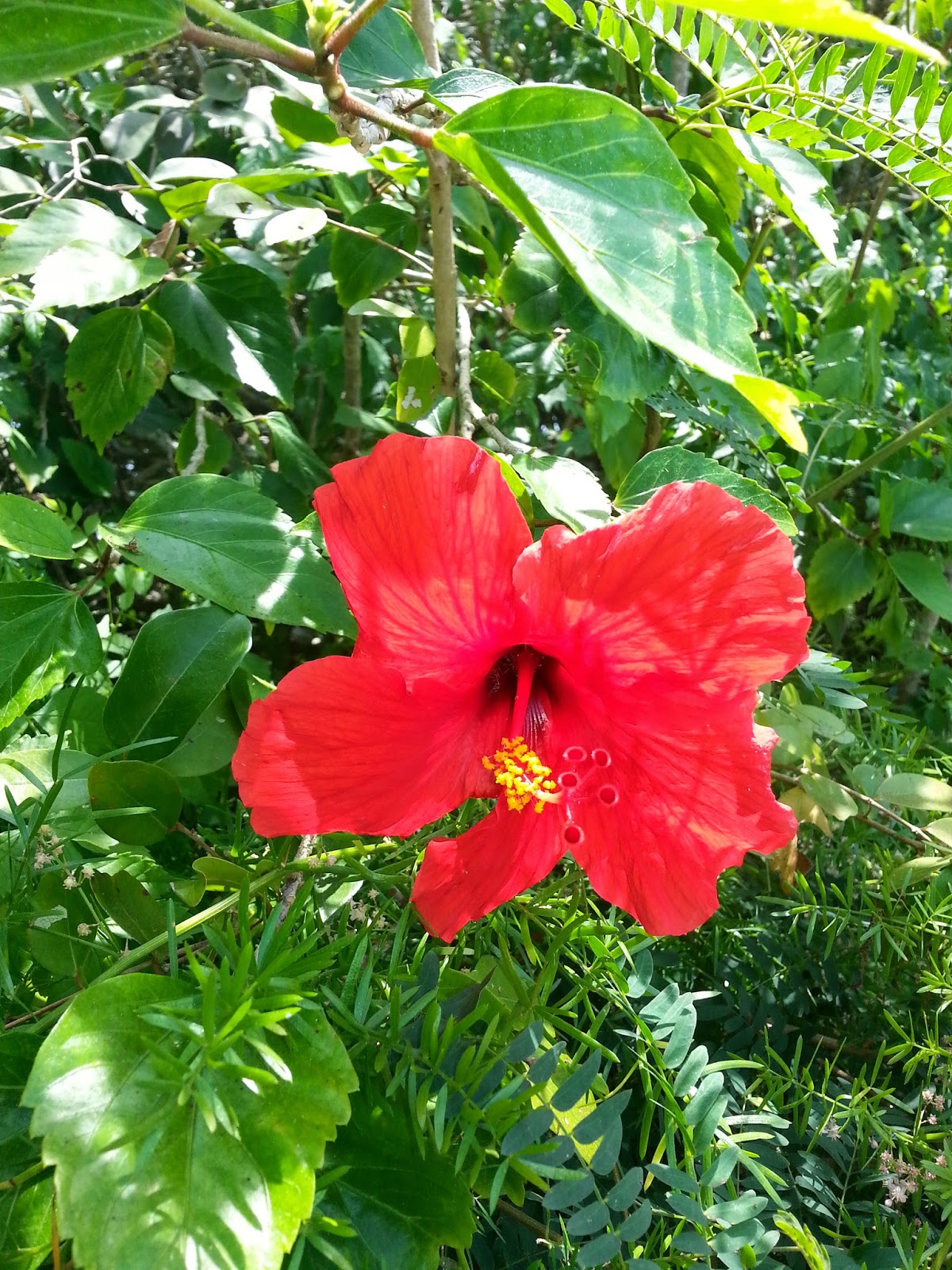 There was lots of vegetation, just not a lot of colorful plants.

The butterfly garden was quite pretty.  Lots of color going on there.  The milkweed, porter weed, scarlet sage and scorpion tail looked well established.  I was wilting under the heat by time we got to the butterfly garden and didn't even think to take a picture. Drats.

They have clearly focused their attention ($) on restoring the buildings, which is a good thing.

Overall it was a nice relaxing Memorial Day afternoon and we enjoyed the visit to Spanish Point.  If you decide to visit Spanish Point someday, you should bring a pocketful of wildflower seeds with you! Just don't tell them I sent you!