The Ugly Patch, the Border and the Balms

I got the ugly patch cleared out Friday night!  Phew!  It wasn't nearly as bad as I had thought it would be.  It will be a few weeks before I can build the hugelkultur/keyhole garden I have in mind, mainly because the boat needs to be moved.

Meanwhile, since I can't proceed until the giant brush pile is mulched which is where the boat will be moved to, I have been looking for garden edge/borders for our deck/grass area.  We made a trip to Lowe's and bought a few brick pavers to experiment with.  We need something that the lawnmower can mow right over, but wide enough so as not to destroy the plants I have growing there.

We were going to just do a single line of bricks, but that wasn't very attractive.   This is what we'll do instead: 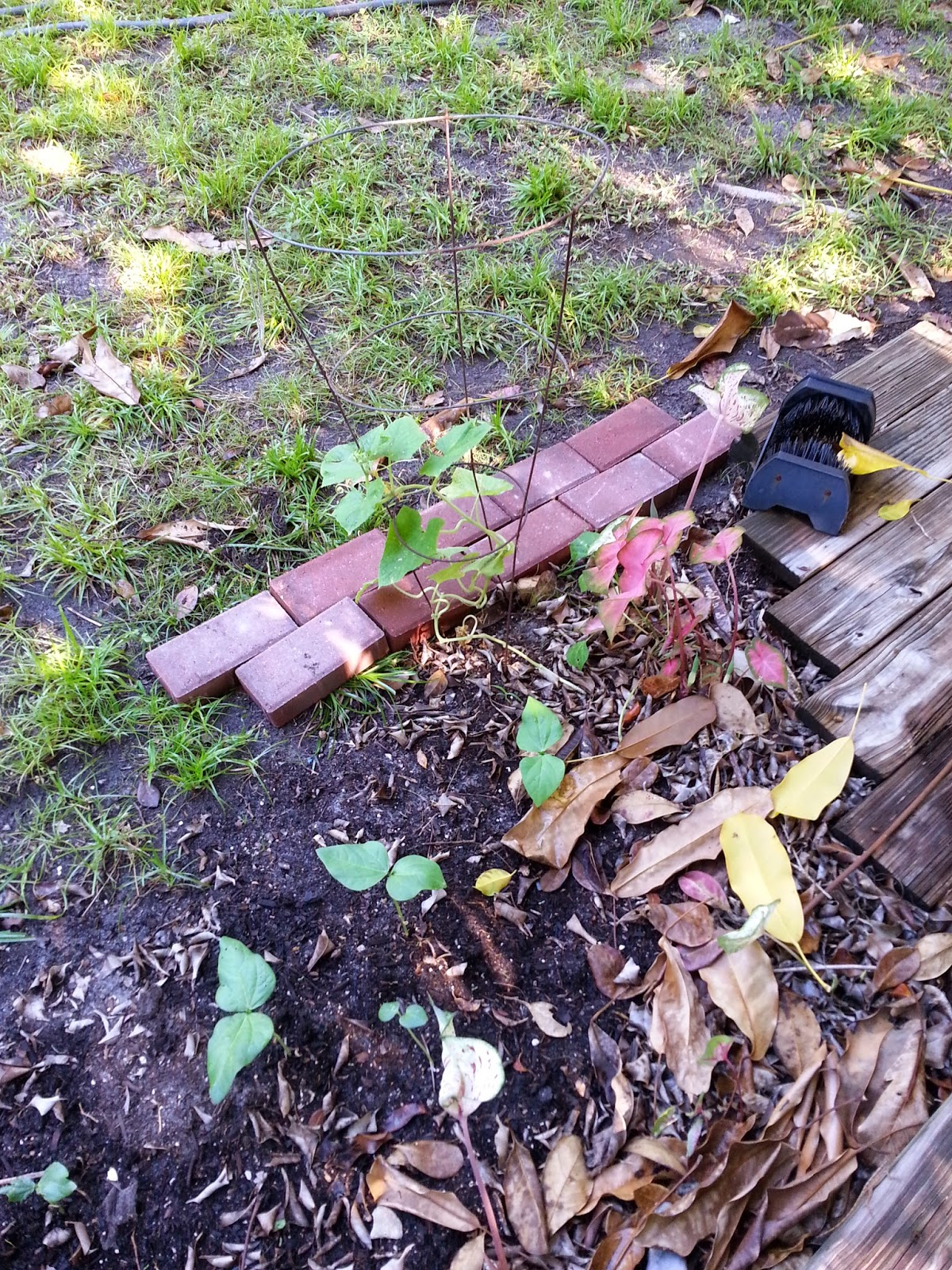 It's simple, but effective.  The (cough) grass is crappy and holey so I'll spread the grass seed I bought last year but never used and hopefully it will sprout.  I'll re-mulch using my vacuum/mulcher's super duper fantabulous mulch and this should be a big improvement along the deck.  I planted southern peas, okra and society garlic and there's a volunteer cucumber plant which I'll try to keep alive.

We also bought Lemon Balm and Bee Balm plants.  They are both on my list of herbs to try in the garden.  I really prefer growing all my plants from seed, but being so close to the heat and humidity season of summer, it just made sense to buy established plants.

I got Hubby two pots of his favorite ornamental sweet potato (the cool purple ones).  I also scored two verbena plants for $1 each on the "sale" rack which should go nicely with the purple.

Happy Yardening!
Posted by Sheila O at 8:10 AM