Here's the "hump" I made last weekend for sweet potatoes. 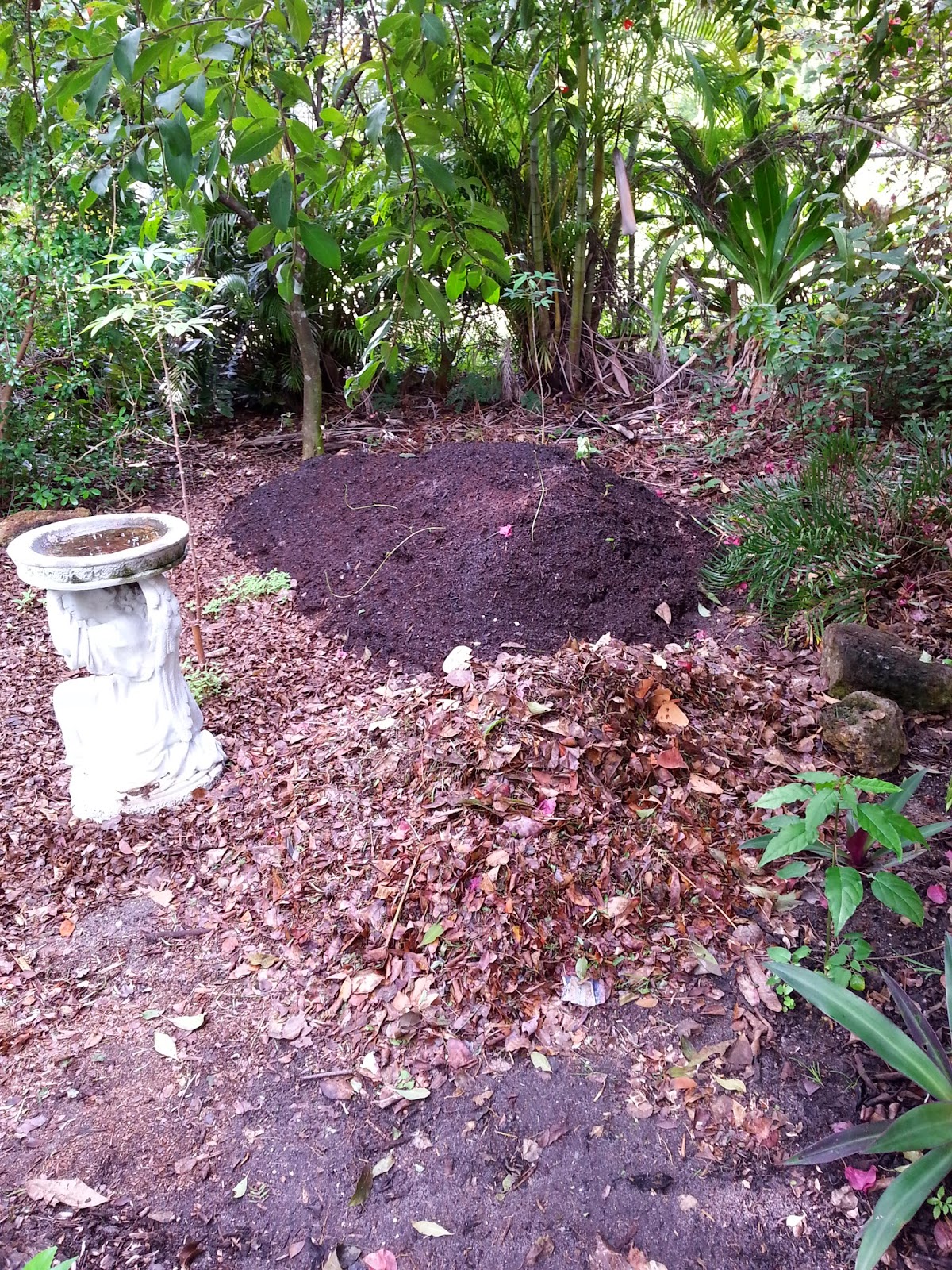 I didn't want to disturb the two cassava plants so the hump ended up a bit smaller than I had originally planned, but it all worked out fine.

I had to weed this entire area first.  It was pretty thick around the bird bath so it took more time than I expected.  The newly made leaf mulch looks tidy and there will be plenty of mulch to be made over the next few months thanks to the almond trees.

The "pile" of mulch in front of the hump is from the lawn mower.  I'll let it sit another week then put it through my vacuum mulcher before it goes on the hump.  The lawnmower doesn't make as fine a mulch as the new machine does.

Here's the next area to tackle.  It's quite unsightly. 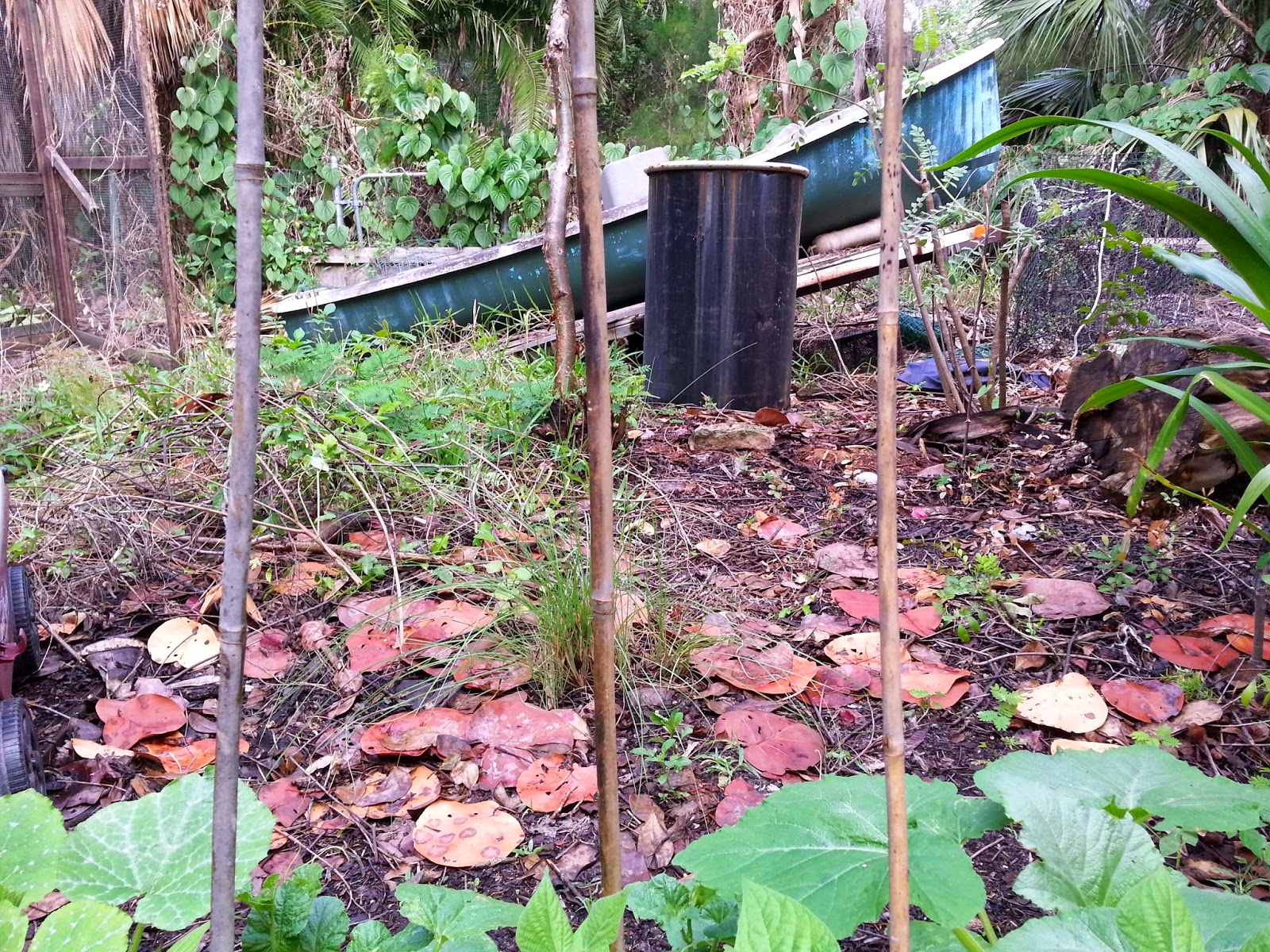 There's nothing edible past those squash plants.  Even the air potato along the fence is inedible.

There's hay in the barrel which will go on top of the logs.  That's a 16' O'Day sailboat that really needs a home to be moved, but it needs to go where the giant brush pile is now, so it might be a few weeks.  The garden won't need to go beyond the boat anyway. Even with the keyhole design it can't be any wider than what I'll be able to reach from all sides.

There are so many really cool looking keyhole garden designs on the web but after viewing a bunch of images, the reality is the new garden will likely end up similar to this one, although probably a bit taller due to the use of logs as the base and no edging: 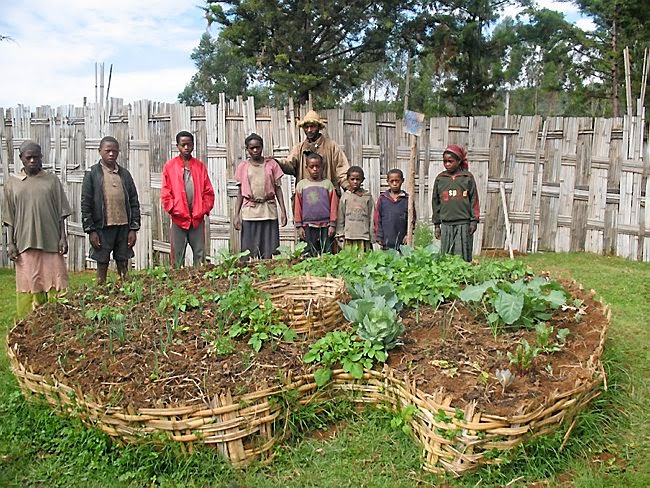 I'm kind of a reject when it comes to making things look "artsy". I clearly didn't get the artsy/crafty gene.

The heat is fast approaching here in SW Florida so I'm hoping to get this accomplished this weekend.  Once it hits the 90's, I'm done for the season except for my 5 minute gardening.

Happy yardening!
Posted by Sheila O at 7:48 AM